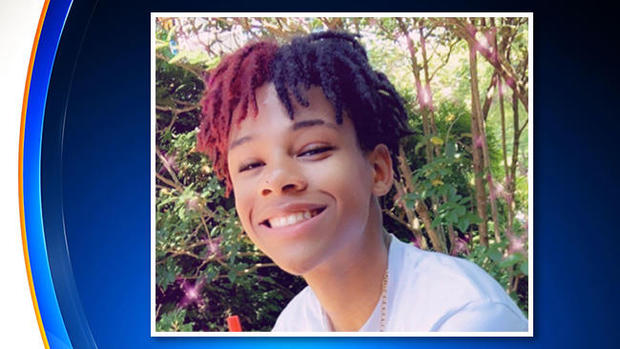 A 16-year-old was stabbed to death while dozen of people recorded the murder instead of intervening to stop.

In another disturbing turn of events, a 16-year-old boy, Khaseen Morris, was beaten and brutally stabbed to death by another teenager on Monday at 03:45 PM, outside a Pizzeria in Oceanside, New York while dozen of teenagers at the site quietly watched or recorded it.

An 18-year-old boy Tyler Flach has been arrested and charged with second-degree murder in connection with Morris’ murder. He will be arraigned on Thursday Morning at 1st District Court in Hempstead, New York, as confirmed by Nassau County Police officials.

ACCUSED KILLER ARRAIGNED: Tyler Flach, 18, was part of a group who took part in a school brawl that resulted in the stabbing death of 16-year-old Khaseen Morris, said Nassau County Police. Investigators believe the fight was over a girl.

As per police, the fight was a pre-arranged fight that broke out because of a girl. On spotting Morris with a girl, he was told that he is being looked out and when he arrived at the site he was instructed to come, six or seven teenagers from another school district tagged him and stabbed him in the chest after embroiling in an assault with him.

According to Lt. Stephen Fitzpatrick, a detective with Nassau County Police Department, there were as many as 6o-70 students present at the site, but they all just stood there, and none of them helped. As per him, all of them videoed the homicide that occurred right in front of their eyes instead of helping Morris.  Footage of the incident on several social media platforms. Along with him, another teenager, with whom Morris had come for the fight, was hospitalized with a broken arm and swelling on his head after the Monday’s brawl.

The prime suspect in the case, Tyler Flach, reportedly, is an aspiring DJ, he was previously detained for the possession of illegal drugs and in a road rage assault.

Some witnesses came forward and helped in identifying the suspects on Tuesday. Fitzpatrick urged everyone to come forward; whoever has information about the brawl and share it with the police. “This can’t go on,” Fitzpatrick said. “Your friends are dying while you stand there and video it. This is egregious.”

A funeral is being held for Khaseen by his family. Our thoughts are with them who had to lose their young child under a senseless act of violence. We hope justice prevails.

Facebook employee has committed suicide at the Menlo park headquarters and the reason is unknown
A women almost killed herself over toothache! From treating a toothache to turning her blood “blue” and almost dying! A unique and scary case of Rhode Island..