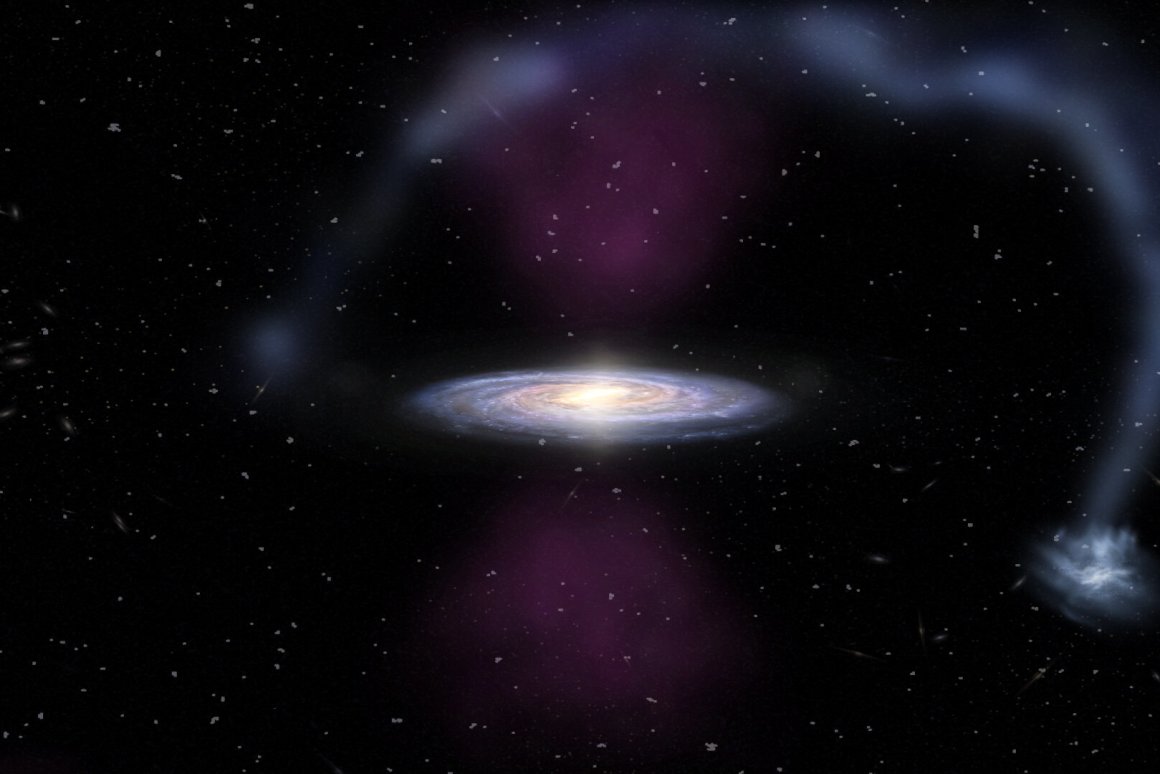 Our Milky Way galaxy does look quite peaceful most of the time, but recent, but in recent past, it has some other stories behind this.

Several scientists from worldwide came jointly and found evidence that few millions of years ago, the center of our home galaxy exploded due to the massive explosion a huge flare which extended more than 200,000 light-years from the core.

From the recent studies and research, it is found that about 3.5 million years ago, two cone-shaped bursts of radiation blasted outwards in opposite directions from the center of the Milky Way. If one considers the galaxy as a flat disk-shaped, then one will find that the flare extended above and below the plane. The radiation coming out from it seems to be like a gigantic lighthouse.

The flare from the explosion named the Seyfert flare. The blast was too powerful that it disrupted Magellanic Stream, which sits on average about 200,000 light-years far away from the Milky Way galaxy.

What is the Magellanic Stream?

According to studies and research analysis, after several years, Magellanic Stream provides several violent events. It gives an unexpected glow that has never been explained. Scientists and researchers suggested that ultraviolet rays from Seyfert flare would have caused hydrogen in Magellanic Stream to glow a particular wavelength.

The studies were conducted by researchers at the ARC Centre of Excellence for ALL Sky Astrophysics n 3 Dimensions (ASTRO 3D), the Australia National University of North Carolina, University of Colorado, and the Space Telescope Science Institute.

Dr. Stuart Russel’s “Human Compatible: Artificial Intelligence and the Problem of Control”” is a provocative prescription to re-think AI before it’s too late!!!
Can we expect a Ban on “Vaping” in New Jersey and United states or will it be “Weed”? Looks like this “Intoxication” substance has already started doing it harm!!