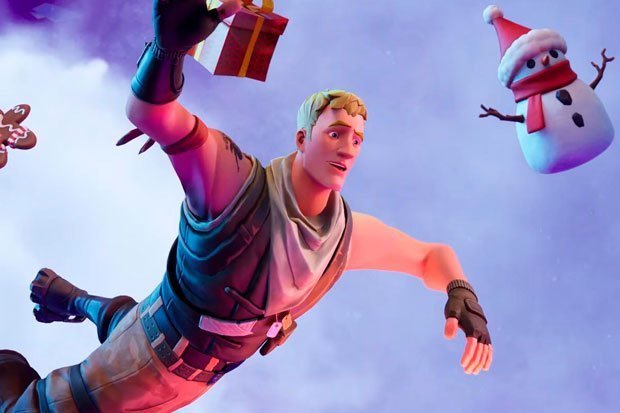 The update Fortnite Developer revealed 10.0 patch notes, Epic Games on the of the starting of Fortnite season 10. According to these patch notes updates, Fortnite’s Season X is introducing the so-called BRUTE mech suit which can be controlled by two different players. It is noticeable that the Fortnite’s Season 1 update patch notes have interesting news on new weapons, items and more. This update is going to come to all major platforms which include Nintendo Switch, PS4, Xbox One, PC, and mobile. Fro scheduled maintenance, it is announced that all the serves will be going offline at 9 AM.

The official description of the mech suit in the patch notes said that the mech suit power is only felt by a very few suits in the game. Since two players control the mech suit, one of the player controls the movement of the suit whereas the other one controls the firing power of the suit. The following have been vaulted: the Baller, the Flint Knock, Air Strike, Tactical Assault Rifle, Quad Crasher and Shadow Bomb.

Fortnite on Instagram: “The Zero Point is exploding. Get ready for #SeasonX dropping 8.1.2019.”

It is also mentioned that Redeploy has also been vaulted along with the above mentioned. But redeploy is going to be available in larger game modes. One of the updates that are better than the mech is that the Season X Battle Pass can now be gifted. The patch notes say that the Season X Battle Pass is now being made available and it can be gifted. It also added that exclusive outfits, Wraps, Emotes and much more could be unlocked as the game continues through Season X.

After securing 59 points, @bugha is your first ever #FortniteWorldCup Solo Champion! 🏆🎉

It was also mentioned in the Season 10 update patch notes that missions have been added to the new Battle passes and Rift Zones are going to change the points of interest on the battle map.