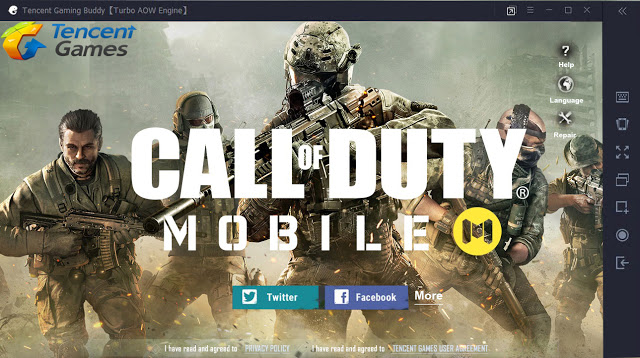 Battle Royale Game segment is a big thing in the world of gamers, PUBG and Fortnite being the masterpieces. Call of Duty also tried the same way with the release of Blackout for PC and Consoles. The mobile version of the game was also in the hands of the developers.

Call of Duty Mobile got its beta version recently, and the release is few steps away. Call of Duty is preferred by the users over any shooting game and on mobile devices too.

The fans quite love Tencent gaming buddy famous for PUBG Mobile and. As per reports, Call of Duty Mobile will also be on the system, and a considerable boost is expected in terms of popularity.

When is it Coming?

Call of Duty Mobile is set to launch in late July or early August on Tencent Gaming Buddy. Fans will have to wait further for another multiplayer, which is expected to enhance the gaming sector further.

Will there be an impact on other games?

This could be an intercepted measure of Tencent Gaming Buddy to overcome the increasing success of PUBG PC lite. If Call of Duty releases soon, then it could be a second life for the forgotten emulator.

What is Call Of Duty?

Call of Duty is a shooter video game played in the first person. The game was released on October 29, 2003. Infinity Ward developed the game, and Activision published it. Initially, it focused on games set in World War II, but over time, the series has also been set in modern times, the midst of the Cold War, futuristic worlds, and outer space. Till February 2016, the series had sold over 250 million copies.