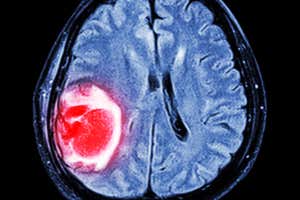 A new study shows that Artificial Intelligence can better detect brain tumour and within less time.

AI could detect brain tumour 1% more accurately as compared to a pathologist. The computer algorithm developed for the task could detect the cancerous masses 95% accurately. It could beat the neuropathologists by a marginal mark as they stood at 94% accuracy level. But the technology majorly outperformed traditional method in the area of the time taken for diagnosis. While a doctor took 20 to 30 minutes to come out with results, AI presented its results within 2.5 minutes.

Tumour specimens were removed from the patients’ brain, split into two and given for diagnosis to either pathologists or AI. The precision in the work by AI surpassed that done by doctors. Researchers say that despite being faster and cheaper than the traditional ways for diagnosis, AI could be of much importance to centres who do not have expert neuropathologists.

Some recent researches in 2019 found out that Artificial Intelligence was more efficient at detecting breast cancer in women. Also, the technology could detect irregular heart rhythm and early stages of heart failure.

Previous article
Justin Bieber is battling Lyme disease. Read to find out all about it.
Next article
Mac Miller’s final recordings before he died are being released soon