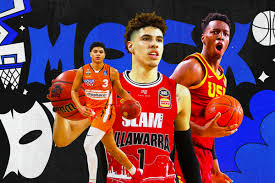 With Coronavirus cases increasing at an alarming rate, it seems like many big sectors have been taking major decisions due to the sudden turn of events. This pandemic terror has also taken a toll on the sports world as well.

The National Basketball Association Has Made Some Significant Changes This Time.

The National Basketball Association has also been making some changes in their routines and upcoming events. Adam Silver, the league’s commissioner has opened up about some upcoming events and changes.

According to Silver, the league hasn’t yet considered canceling the remainder of the year. This has been considered to salvage some of their lost revenue due to the pandemic terror. The League commissioner also said that how their revenue has almost dropped to zero. This led to a huge impact on the team business and the arena business.

Dreams become reality at the 2020 #NBADraft presented by State Farm on Wednesday, November 18th at 8:00 PM ET on ESPN! pic.twitter.com/IHAxVK4CAa

The Association Is Going Through Some Major Financial Setback!

To cope up with the current ongoing scenario, it has been decided that all rules are going to be off at this point while also confirming that the NBA would be playing significantly later than June if games do resume.

For Jason.@brandonclarke23 talked about who inspires him to play at last year’s NBA Draft.

It seems like NBA wants to finish the rest of the season, however, we can expect some changes in NBA Draft Combine. We are going to know about some probable schedule changes and more in the coming time. However, we can assume that some changes  are coming our way and that the games might be moving for a later date but is happening to recover form financial setbacks that the league might be facing due to the whole bland epic terror that has already wreaked havoc on various sectors of sports and entertainment.

Veterans Day Is Here And America Is Paying Their Tribute To All The Veterans For Their Devotion For The Country!
Fargo Season 4 Is Finally Here With An Intense Story Of A Dangerous Crime Saga!