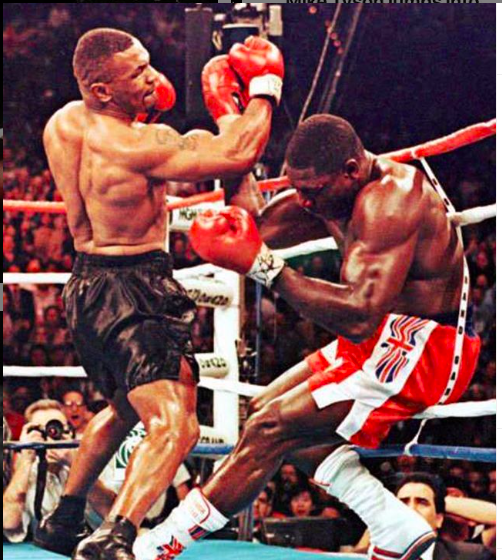 Mike Tyson is back in his wrestling career! But this time he is not alone, he does have a backup. Seeing him make his way back to the industry, makes his fans happy.

Everyone was expecting that his comeback is going to be normal but no it wasn’t, everyone was amazed to see that he has teamed with Henry Cejudo, Rashad Evans, and Vitor Belfort in the AEW (all elite wrestling) pro wrestling brawl.

"As long as we persevere and endure, we can get anything we want.” My @rootsoffight fam are celebrating Father’s day all weekend with a big sale. Save up to 50% on my collection and storewide until Tuesday. Go to rootsoffight.com now #HappyFathersDay #RootsofFight #KnowYourRoots

Tyson who is 53 years old, and has again got him back into shape to come back to fighting and return to the field of sports. It has been confirmed by several sources that he is going to make a major comeback to the fighting field. Players are being convinced to fight against him in some sort of fighting.

Find out who you are so you can know who you’re not.

Everyone felt that is a scam from the champions side as he mentioned that he is retired and now he’s vacationing. But the truth was that he was on Tyson’s side and supported him in a fight against Jericho’s faction.

They were also supported by the UFC  Hall of Famer, Rashad Evans, and The famous MMA Legend, Vitor Belfort who is the present ONE championship roster.

Everything seems to be on Tyson’s side as the president of AEW, is also a very fast friend of him, and his family owns the Jacksonville Jaguars.

Tyson was seen appearing on the AEW’s Double or also called the pay per view event, in which he awarded the new AEW TNT champion belt to a winner called Cody Rhodes.

What kind of luxuries does Willa Ford enjoy? What is her net worth? Read all details here!
‘Jeffrey Epstein: Filthy Rich’: Netflix’s New True Crime Docuseries gives a Closer Look at the Several Properties of Epstein Owned with his Filthy Business