Red Dead Redemption 2 is an action-based online game developed and launched by the Rockstar Games. This adventure game was launched on the 26th of October 2018.

The game also has a prequel that got launched in the year 2010. Red Dead Redemption 2 is the third game in the Red Dead series. Take two has revealed recently that the game has sold more than 29 million copies worldwide.

The news about ‘Red Dead Redemption 2’ came as a part of the publisher’s new financial results. In the previous quarter, the game had already sold around 26.5 million copies. 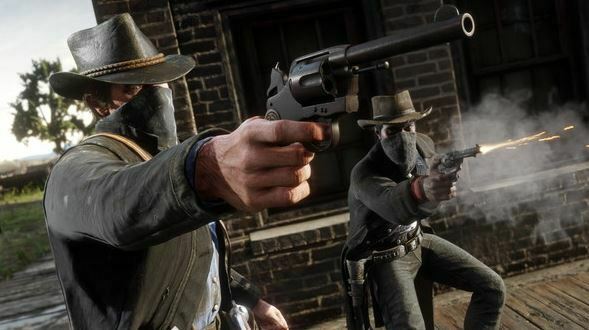 The action-adventure game was launched to operate from PC on the 5th of November 2018. This was reported after it debuted for Xbox One and PlayStation 4 in October in the same year.

All this is because of that port which boasted the sales in the last quarter. Rockstar Games has also provided with the online port for multiplayer mode. It has also made feasible to get daily updates about the game. This has resulted in more engagement of the players and overall increased the fan base.

However, this success is not enough to beat the previous game launched by Rockstar Games. Red Dead Redemption 2 is still lacking behind Grand Theft Auto 5. GTA V was released in 2013 all over the world.

We can say that till the present day, the game has a whole different fan base and selling market. It has sold over 120 million copies which turns out to be the greatest hits of all time that is ever seen in the gaming industry.

It is not fair to compare both the games because selling 29 copies is a huge hit in itself. It is also the highest-rated game of the console generation.