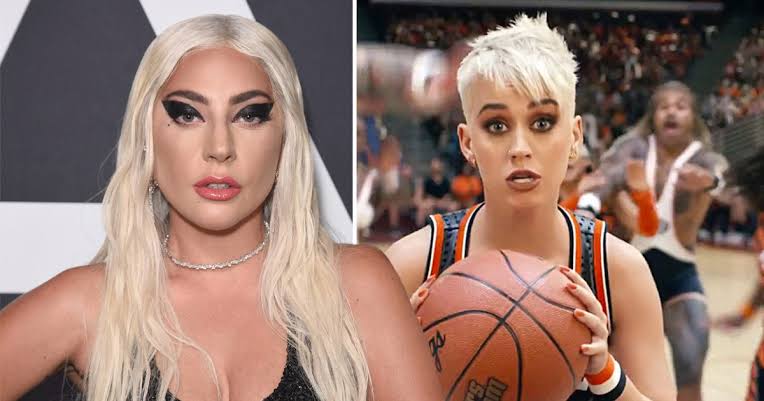 Lady Gaga has been in the spotlight after the incredible reception for her song Rain On Me with Ariana Grande.

On top of that, she also released Sour Candy, her first ever collab with the K-Pop stars BLACKPINK, and that too, right before releasing her latest album Chromatics.

Fans noticed that Sour Candy shared the tune used in Katy Perry’s Swish Swish, which is What They Say by Maya Jane Coles. The song had also been used by Tinie Tempah and Zara Larsson in Girls Like.

This sudden recognition has made Swish Swish start trending again on Twitter once again, and fans started showing love to the three-year-old song again. Swish Swish was released in 2017 and also featured Nicki Minaj and was a big hit from its release.

Meanwhile Sour Candy has been a big success and fans are wishing it was longer, which is nothing new to hear. After all, K-Pop stars enjoy the same level of stardom as the rest of the music artists we are familiar with.

Gaga will also be including a song featuring Elton John which has been included in Chromatica, called Sine From Above.

Sour Candy has been the third song from the album. Gaga spoke about how they made it, and said that she was the one who pitched the idea to BLACKPINK and suggested they work together and they immediately agreed. She was also full of praises to them for interpreting the songs in Korean, and said that it was very creative and fun. Gaga is as proud of this project as if she had become the fifth BLACKPINK member.

Juice Wrld’s New Single “Tell Me U Luv Me” featuring Trippie Redd has just been Released, 6 Months After the Rapper’s Unfortunate Death
The Dinosaurs will Continue to Dominate with ‘Jurassic World: Dominion’ as the Jurassic World Franchise Ready to Return with its Key Actors