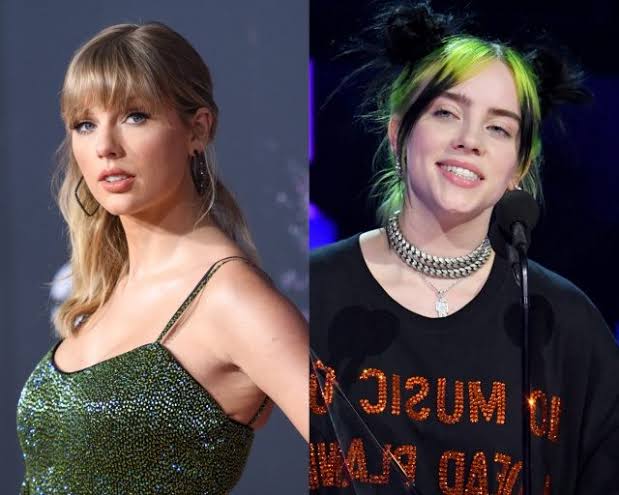 Singer Billie Eilish recently revealed that she had no idea that one of her favourite songs, ‘Picture To Burn’ was sung by Taylor Swift. She made it clear that she was a big fan of the song, but was unaware of this fact.

thank u oscars for having mee

One of Taylor’s debut songs

Billie revealed the news on the latest episode of ‘Me & Dad Radio’, where she played the song. ‘Me & Dad Radio’ is the Apple Music show that features Eilish and her dad Patrick O’Connell. The show started airing from May 2020 and has four episodes so far.

While talking about the song, Billie revealed that she used to love this song, when she was 4 or 6, and praised Taylor Swift on having such wonderful crossover country-pop songs, which had great stories in them.

Not a lot going on at the moment

She spoke about how she didn’t realize that it was a country song and loved it because it was cool and bad-ass. She realized it was a country song when she grew up and also got to know that it was by Taylor Swift this year. She also said that she didn’t get what the song was about and didn’t get the whole ‘picture to Burn’ concept. The only ‘burn’ she knew was burning something into a CD.

‘Picture to Burn’ was released as a single in 2008, and prior to that, it was initially part of Taylor Swift’s country debut album released in 2006.

Billie had her own star moment when she met Taylor Swift after winning Billboard’s Woman of the Year award at the age of 17. Back in 2014, when Taylor won the same award, she said that somewhere, the future woman of the year was sitting in a piano lesson, or in a girls choir. And she was exactly right, as Eilish stated in her speech. She thanked Swift for giving this inspiration.

Ellie Goulding feels that she made a huge mistake by not sharing her #MeToo experiences sooner! Check out what she had to say.
Chrissy Teigen And John Legend show their love for each other and their adorable kids in the new ‘Love Me Now’ BTS! Check it out.