Aliens MISTAKE Zooey Deschanel for Katy Perry in ‘Not the End of the World’ Music Video!!!

Indeed, even in the Earth’s last minutes, individuals will at present be stirring up Katy Perry and Zooey Deschanel.

In the music video for Perry’s “Not the End of the World,” which the pop vocalist dropped Monday morning, a spaceship brimming with kindhearted blue-cleaned outsiders snatches Deschanel believing she’s Perry, whom they love and wish to save before our depleted planet goes to its inauspicious destruction. Ever the brisk mastermind, the New Girl star cooperates, taking a stab at Teenage Dream-time ensembles and props with the expectation that she and her kindred space voyagers can save Earth. 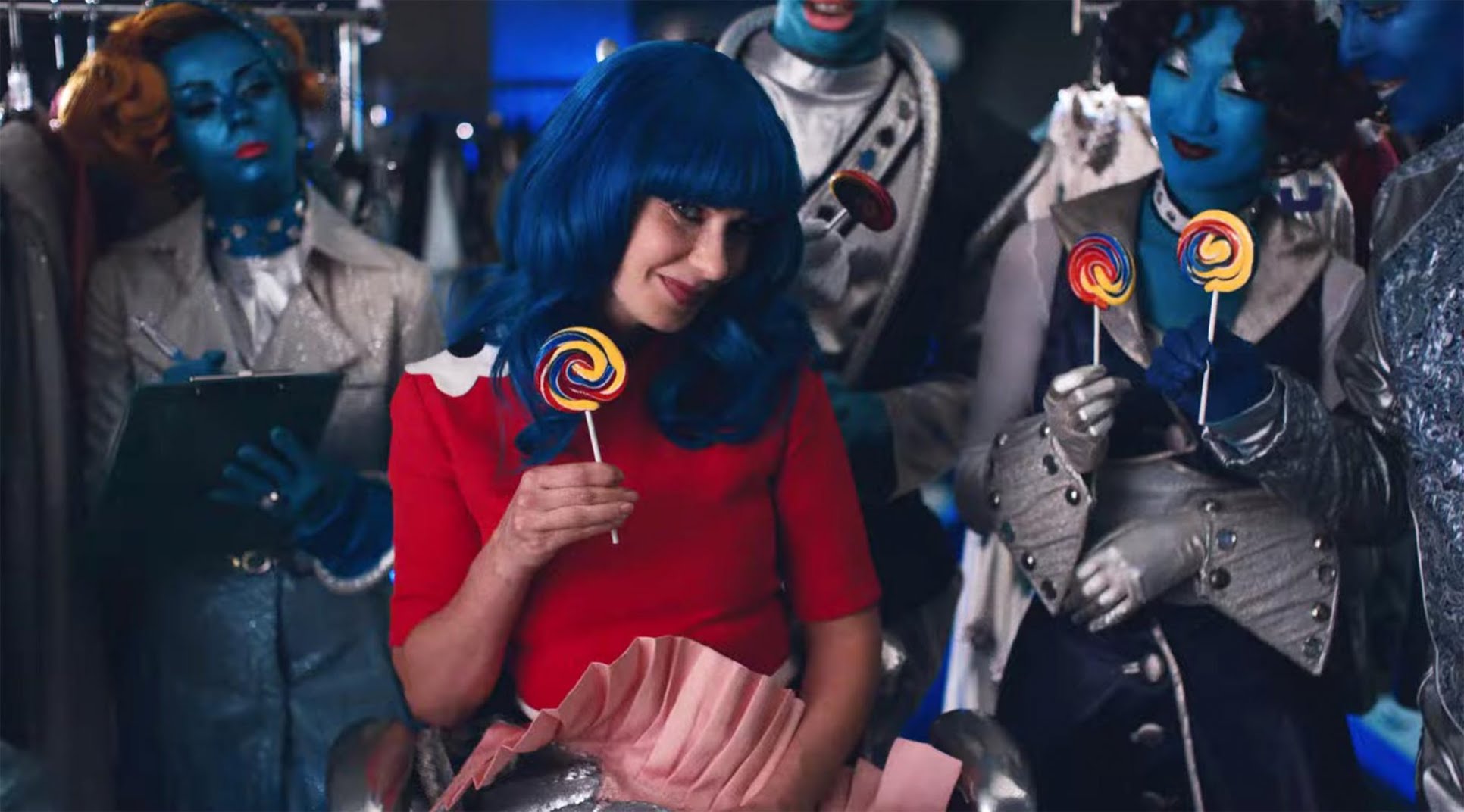 Perry prodded the video on her web-based media channels on Sunday and will have an Instagram Live alongside Deschanel to examine the clasp at 1 p.m. ET/10 a.m. PT, trailed by a gathering contemplation. A soothsaying devotee (and Scorpio), Perry seems to have purposefully coordinated the video delivery to concur with Monday’s “Extraordinary Conjunction,” in which Jupiter and Saturn have both entered Aquarius, coming nearer together than the two planets have been in just about 400 years. Numerous stargazers refer to the combination as an enthusiastic defining moment, commencing another Age of Aquarius.

Join me on Instagram Live at 10:00a PT to chat with @ZooeyDeschanel about the video, and then my friend Bob Roth from @LynchFoundation will lead a group meditation for the Great Conjunction✨ Even if we can’t 🔌 the internet, we can reset our minds! ♥️ pic.twitter.com/C9IOATF0NJ

“Not the End of the World” is from Perry’s fifth studio collection, Smile, which came out toward the finish of the late spring. Paving the way to the delivery, singles “Grin,” “Daisies,” and “Never Really Over” (the last of which at first came out as an independent single in 2019) all got devoted videos. In the weeks after Smile’s delivery, Perry shared new videos for seven of its 12 tunes in what she called “The Smile Video Series,” each delivered in a particular style, generally in various movement methods. Following that arrangement, she delivered a video for “Mournful Eyes” comprising of in the background film (“Behind the Smile,” as she marked it), a video for a remix of “Versatile,” and now the Deschanel-featuring “Not the End of the World.”