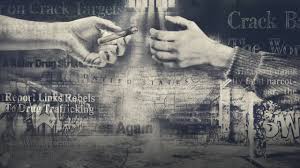 Netflix has a whole lot of new series and movies planned for its subscribers in the coming new year, some of these upcoming movies and sows are already creating a buzz amongst fans!

Netflix is all set to release a never seen before the story of the cocaine drug addiction in this upcoming documentary film titled, Crack: Cocaine, Corruption & Conspiracy that ruined hundreds of lives and went on to create a huge concern for the authorities!

Stanley Nelson is back with another real-life incident that went on to become America’s biggest scandal and soon took the form of a big epidemic: the crack epidemic! Nelson, who was given the National Humanities Medal in 2013 by Barack Obama, brings back the time when this drug addiction took over the country. Here’s the trailer of the upcoming  documentary movie as it turns back time and looks into a few dark pages of the crack epidemic.

Stanley Nelson returns as the director for this documentary and while talking about this theme, he explains how he strongly feel that the impact of the crack era hasn’t been fully scrutinized. This drug-fueled epidemic gave rise to  racial and economic inequality, hyper-aggressive policing, mass incarceration, and government corruption at the highest level.

What can the tragedies and triumphs of the Civil Rights Movement teach us?
Join @AmExperiencePBS and the @worldchannel for a virtual conversation with filmmaker @StanleyNelson1 on his acclaimed Civil Rights films! Click here> https://t.co/Ke8fzm4MoH pic.twitter.com/RTEgg6c9wh

Moreover, the documentary series will unveil the never seen before aftermath of the whole scandal on 11th January exclusively on Netflix. Several people who had firsts hand experience from that time share their views on this drug- inflicted epidemic that wreaked havoc on the society like no other!

Prince Harry And Meghan Markle Released Their First Audio Podcast While Look Back Into 2020!
Is Justin Bieber Soon Going To Leave His Singing Career Behind To Become A Pastor?