Ezra Miller’s Flash movie is going to come really soon! Does it mean a fresh start for the DCEU? Check out all updates here. 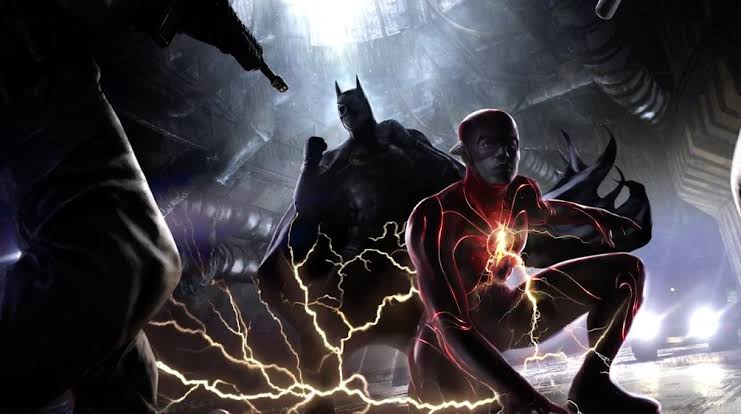 DCEU had hit a rough patch when 2017’s Justice League released. The movie was rushed, the heroes weren’t explored to their full potential, and too much interference from the production houses left us with a half-baked movie.

But thanks to the recent DC FanDome event, we will be getting to see some major changes happening in the DC Universe. And one of those were about The Flash movie. It was revealed that the movie will be featuring not one Batman but two, and that was enough for fans to get hyped.

We got to know that the Flash will be having a major role in the upcoming battle against Darkseid, and that a lot of time travel will happen. It started with the vision Bruce Wayne had where Superman became a tyrant following Lois Lane’s death.

And at the DC FanDome Flash Q&A panel, producer Barbara Muschietti showed a picture of the impact the movie is going to have in the DCEU. She said, ” Well I want you to go see it, so I’m not going to tell you a lot. But what I will tell you is that it’s a ride. It’s going to be fun and exciting and there are a lot of DC characters in it. Flash is the superhero of this film because he is the bridge between all of these characters and timelines. And in a way, it restarts everything and doesn’t forget anything.”

It doesn’t seem like a bad idea to restart things as DCEU had a rough start. And moreover, we get to see Michael Keaton and Ben Affleck’s versions of Batman in the movie. Current DC boss Walter Hands spoke about the DC multiverse and said that the the earth where the DCEU is taking place is Earth Prime and there are other universes where there is Robert Pattinson’s Batman and Joaquin Phoenix’s Joker.

Previous article
Bad Boyss for Life, This is Us and many other movies have been nominated for E! People’s Choice Awards! Check out for all details here.
Next article
Lana Del Rey fans are very much upset about the fact that the star chose to wear a mesh mask to meet her fans. Check this out.