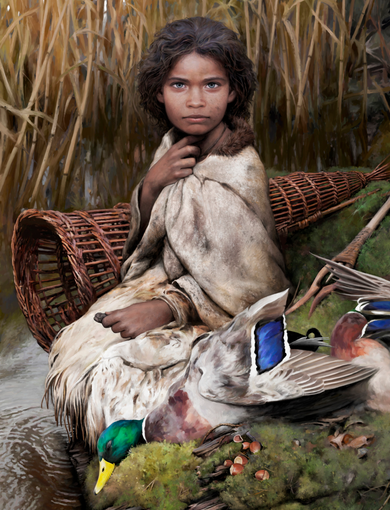 Archaeologists during an archaeological excavation at Syltholm, east of Rodbyhavn in Southern Denmark, unearthed the details and diet of stone age from ancient chewing gum.
Study of an ancient piece of chewing gum 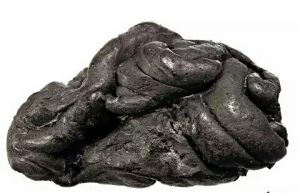 A study was made by researchers and scientists of an ancient piece of chewing gum. This study and analyzation revealed 5700-year-old human remnants while extracting the full genetic code. According to the study published in Nature Communications, scientists have reconstructed the picture of a Danish woman with dark skin, dark hair, and blue eyes from the remains.
Scientists believed that the woman belongs to the stone age society. Researchers and scientists have claimed that this was the first where an entire human genome had been found and extracted other than bones. The research was led by Associate Professor Hannes Schroeder from the Global Institute University of Copenhagen. The woman’s complete genome was extracted from the birch tar by the researchers. In addition to it, researchers also found DNA among another 40 types of different microbes.

Findings from the human genome 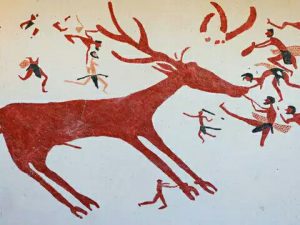 The archaeologists have deducted many findings from the human genome. The way of life of people and their diet habitat has also been revealed from this study. It was observed that the female was genetically related to hunter-gatherers from mainland Europe than central Scandinavia at that time. No human remains have been found at the site.
The DNA on the birch tar also revealed what she ate and the type of bacteria and viruses she carried with her. In the sample, traces of hazelnut and duck DNA were found, which revealed her diet habitat. DNA from oral microbes and important human pathogens have also been retrieved, which makes the remains a very valuable source as no human remains have been found till date.

Previous article
Beauty with Brain: Doctor Camille Schrier wins the title of Miss America 2020!!
Next article
Manga, One Piece Chapter 966 is all set to release and will be available! checkout for release date!! Spoiler inside!!