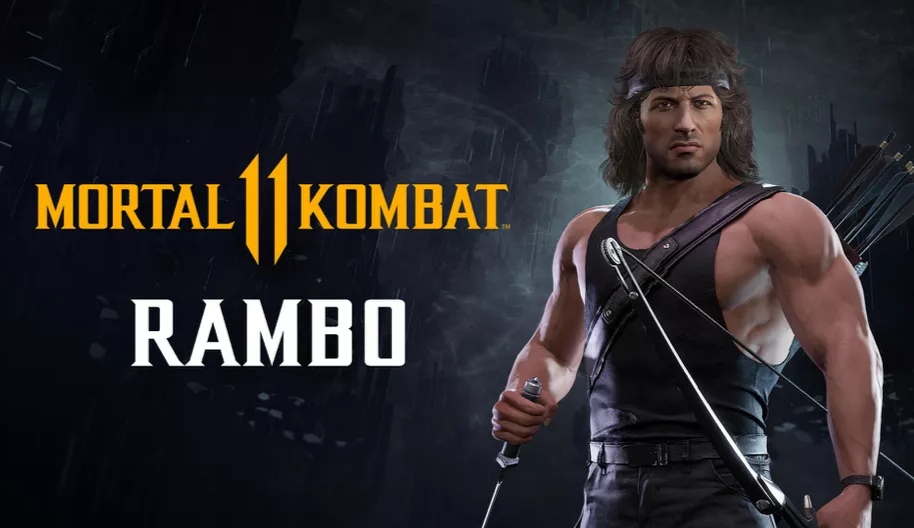 You can bet that he will be spilling first blood too

Warner Bros and Netherrealm Studios continue to amaze fans of their popular gaming franchise Mortal Kombat by including characters one would not expect to appear as special characters in a video game.

They have already included legendary action heroes such as RoboCop and the Terminator, and the newest addition is John Rambo. Watch the gameplay to see Rambo bring all his guerrilla warfare techniques into the battlefield and take on the other fighters.

Rambo is a great asset to Hollywood for being one of the best action characters. The first movie was 1982’s First Blood which not only saw a single man waging war against an entire army, but also explored the tortured psyche of a war veteran, and how they struggle to find a place in the normal society after witnessing the horrors of war. The movie had several sequels with 2019’s Rambo: Last Blood being the final one.

Rambo is the last person to deliver an emotional speech and move his opponent to tears. The only way he moves forward is by fighting, and armed with his signature combat knife, a bow and arrow, and a machine gun, he’s prepared to deliver hell. Netherrealm has a keen eye to detail as they have also included Rambo’s stealthy traps to slow down his opponents.

The best part is they got Sylvester Stallone, Rambo himself, to voice his in-game character, just as they got Peter Weller to voice RoboCop. It’s definitely entertaining to watch Rambo of all people picking a fight with Outworld and ninjas from hell, and tearing them to shreds. Oh, and his battle cry is also included.

Rambo arrives on November 17. Check out the trailer below.

The New Release by Little Mix has Put Internet on Fire! Fans are Going Crazy
Eva Mendes and Ryan Gosling is One of our Favourite Love Stories as Evident from their Sweet Statements for Each Other and the Family