Netflix’s series has made Lily Collins the FASHION MUSE:

The American-comedy drama, ‘Emily in Paris, landed on the most famous streaming platform NETFLIX on 2nd October 2020. Created by Darren Star, the television series has starred Lily Collins in the main lead, Emily Cooper.

In the French language series, Emily, who is an American who transfers to Paris to know about the American point of view to a French marketing firm. This role in the series has made Lily Collins, the daughter of musician Phil Collins and American actress Jill Tavelman, the Fashion Muse of 2020.

With this role, Lily Collins, she got awesome costumes, and the actress is viewed as a Fashion Muse. The actress is appearing as a plate for designers from Anthony Vaccarello at Saint Laurent, to Hedi Slimane at Celine.

You can have an insight into the costumes of Lily Collins in the show via the trailer of the television series.

Are the dressing codes in Emily in Paris that good?

The result of the reunion of the HBO show’s legendary costume designer Patricia Field and Darren Star is spontaneous. This spectacular fashion sense is apparent in the television series ‘Emily in Paris’ which has made Lily Collins the fashion muse of 2020. 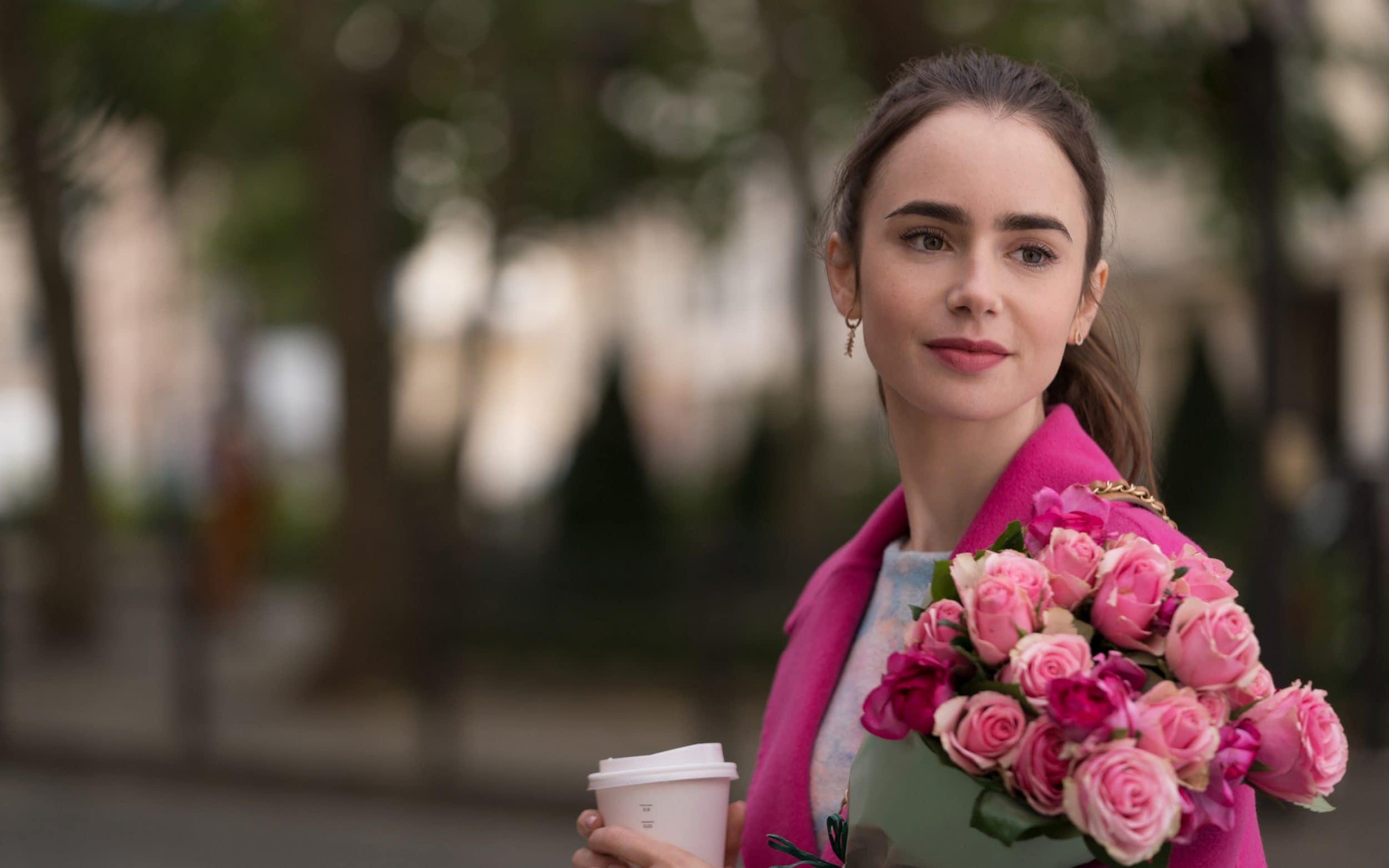 Lily’s astonishing style in the show has created a buzz on the Internet making people fell in love with her outfits.

Lily’s looks in the show which was made in collaboration with French Costume Designer Marylin Fitoussi. The pair have inspired a lot from cult Audrey Hepburn’s 1951’s movie titled as ‘An American in Paris’. The dressing of Lily in the show might not be a taste of everyone but it is a must to say that all her styles in the show are worth styling. The adorable fashion sense in the show is admired by everyone.

Brad Pitt and Don Cheadle got LOCKED!!! The two were locked in a HAUNTED HOUSE while filming ”Ocean’s Twelve”!!!
Royce Da 5″9″ responds to Lil Pump while protecting his friend Eminem!!!