“Zayn Malik is a Hard Person to Keep in Touch With,” Says Niall Horan 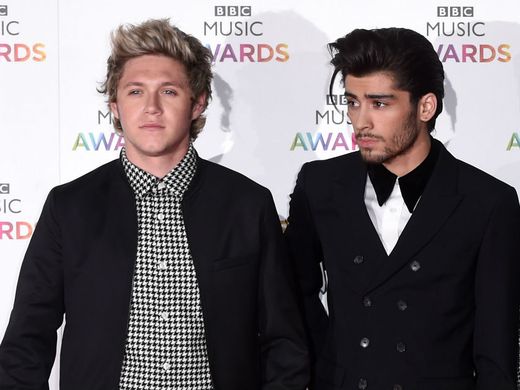 One of the most popular bands of the last decade, One Direction was the fan favourite boy band. Their songs were at the top in many lists through the years and they have produced five albums. Their fans were situated all around the world and their tours were sold out in large stadiums.

One Direction was formed in 2010 with five members on the show The X Factor. The five members were Zayn Malik, Harry Styles, Niall Horan, Liam Payne, and Louis Tomlinson who all went in the show as individual auditioners.

The band accumulated years of success and broke numerous records. Eventually their momentum simmered down a little. In the year 2015, Zayn Malik left the boy band. Its announcement was made on their official Facebook page. The rest of the band members came out with their last album and also went on a hiatus in August of 2015.

Niall and the others still see each other

Niall Horan recently in an interview revealed that keeping in touch with Malik is a difficult thing to do. He also said that they had a falling out a few years ago. Malik doesn’t like to interact with his former band members whereas Niall Horan, Harry Styles, Liam Payne, and Louis Tomlinson make efforts to meet up whenever they can. Horan said that he talks to Tomlinson the most.

He said that he keeps in touch with him because of his kids, to check up on them. Niall Horan will be releasing his album on 13th of March, Heartbreak Weather.

Previous article
Le Casa de Papel aka Money Heist is Coming Back for Season 4 on Netflix.
Next article
Brad Pitt And Angelina Jolie Still Not Done With Each Other? Read Further to Understand the New Development in Their Dynamics