Zack Snyder gifted his fans an unforgettable Christmas Eve. But what is it? 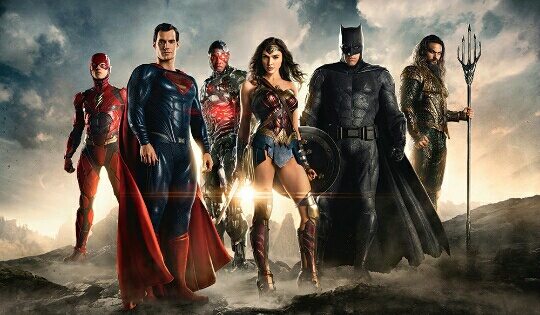 It has been more than two years since the release of DCEU’s “Justice League”. The movie was a hit on the silver screen and most of the audience feels it happened because of the reshot of the movie. Jack Snyder, who was directing the movie had to skip the project in between because of the death of his daughter.

After his departure, Warner Bros. handed over the project to Joss Whedon who has made two Marvel blockbusters beforehand. Fans were not satisfied with the rebooted version of the Justice League and demanded the so-called “Snyder Cut”.

A campaign #ReleaseTheSnydercut was started on Social media for this. The campaign was supported by Justice League stars Gal Gadot, Ben Affleck, Jason Momoa and even Zack Snyder himself.

A twitter account @RTSnyderCut shared Snyder’s images from Vero on twitter. An image of Steppenwolf was released with the caption, “What is the secret of the grail?”.

Zack Snyder has shared this image from the Snyder Cut with the caption "What is the secret of the grail?" 😱 #ReleaseTheSnyderCut!!! pic.twitter.com/RDJmGN12bG

Another image of Ben Affleck’s Batman was shared. It has a caption, “Who does he serve?”.

Zack Snyder has just shared another film still on @verotruesocial, this time of @BenAffleck as Batman with the caption "Who does it serve?" #ReleaseTheSnyderCut pic.twitter.com/cVePC70vNJ

Other two images were released on Christmas night. First one was of Cyborg captioned, “Yes, my Lord” and other one was of Cyborg and Barry Allen aka Flash at the graveyard. They were digging Superman’s grave and Diana and Arthur were also present in the image in the background.

And just like Santa, the boss delivered these presents in the middle of the night! He posted with captions reading:

Then there was an image of Superman and Lois Lane. It was captioned, “You are my Lord and King. You are Arthur.”

Zack Snyder shared another image on Vero!!! This time with the caption:

"You are my Lord and King. You are Arthur"#ReleaseTheSnyderCut! pic.twitter.com/R7un1tNQnE

So, all it meant was Superman was the king and Batman was finding Grail to save him. Another shot of Bruce Wayne was shared. It was captioned, “Have you find the secret that I have lost?”

Zack has shared this image of Ben Affleck as Bruce Wayne with the caption:

"Have you found the secret that I have lost?" pic.twitter.com/NA6r9ogJwN

And at last, was the amazing image of Superman in Black Suit. It was captioned, “YES. YOU AND THE LAND ARE ONE.”

All these images together formed a story. Some fans said Snyder put the Jesus rebirth in front of all by the reference of Superman. Overall this was a Super Christmas for the Justice League fans that they may never forget.

Previous article
New Christmas movie is here- The first look at the Mimi And The Mountain Dragon!
Next article
Ready for a roller coaster ride? Busch Gardens is the place for you.