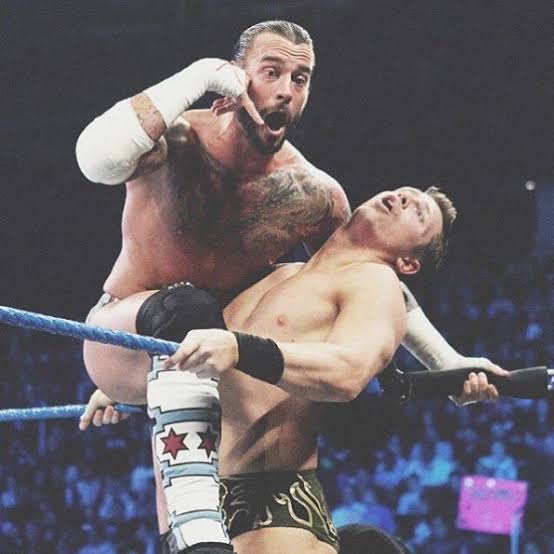 WWE champion, CM Punk takes it to Twitter after a backstage brawl with Miz at an episode of WWE backstage on FS1.

CM Punk’s losing his temper and taking it to twitter wasn’t at all expected from him. Punk tweeted: Go suck blood money covered dick in Saudi Arabia you f–king dork.

This all started when the WWE Smackdown Champion, The Miz used some words to criticize Punk indirectly. The Tuesday night’s episode featured Miz with Renee Young, Paige, and WWE Hall of Famer Booker T. The WWE tweeted a clip of Miz’s act. Miz said that they have now done with the backstage. They are taking the microphones off him. It was great, it was amazing. He further said that he feels like it was the best WWE Backstage episode ever. But then he asked if it was really the best.

Miz didn’t stop for a moment and went on to talk about his episode being the best with Renee and Paige being patient listeners. He asked them about the best WWE episode ever organized. Renee named the one that featured Ember Moon as the guest. The episode was aired in November 2019. To which Miz replied that Renee is referring to the episode that featured Punk in the Backstage for the first time and was aired on November 12. Miz mentioned Punk in a line that said that he changed the culture.

Punk came up with his answers as he said that he will see Miz the following week and he looked like he was very furious in the video.

The WWESmackdown Champ, The Miz has not responded yet to the tweet from Punk as of this writing, but stay tuned as we will keep you updated.

Previous article
Jenna Dewan flashes her Baby Bump in a Scarlet Red Dress; Reveals how her Second Pregnancy is Different from First
Next article
New wax figure of Nicki Minaj at Madame Tussauds is being hated by fans. Read on to know Why???