Woo Ji Yoon leaves Bolbbalgan4. Is the group disbanded? Find all the deets inside 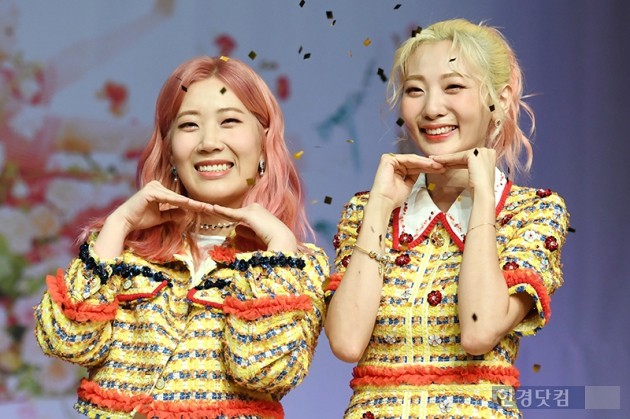 South Korean music duo, BOL4 member Woo Ji Yoon has announced she’s leaving the group. She has announced to leave the group due to uncertainties in its future. Music label, Shofar Music has also announced that henceforth Ahn Ji Young will be promoting solo to maintain the name BOL4.

Bolbbalgan4 a.k.a BOL4 is a South Korean musical act formed by Shofar Music in 2016. They first appeared on Superstar K6 in 2014 prior to signing a contract with their current agency. They debuted with the hit single “Fight Day” from the album Red Ickle on April 22, 2016. The meaning of Bolbbalgan is “puberty” in English.

Shofar agency’s statement read that Woo Ji Yoon has expressed her desire to wrap up promoting as part of BOL4 due to personal concerns about her future career and that after lengthy discussions, the agency and Ahn Ji Young respect her decision. They have let her part away from the duo act and wished her a bright future. The statement also read that BOL4 will now be a one-member artist with Ahn Ji Young

Woo Ji Yoon wrote a letter to fans where to clarifying her decision to leave stating that she continuously questioned if she wants to be part of the band now if this is what she wanted. It was a process of contemplating seriously about her future career, and it occurred to her that this was an important time for her to take on a new challenge before it’s too late. She also thanked fans for being in her brightest moments and said she will continue to cheer for BOL4 as a fan and friend. This will be a new challenge for both the artists, and we hope both of them do exceptionally in the future.

See also  With Kevin Feige involving in the next Star Wars movie, will the franchise turn the course and be as awesome as MCU films?