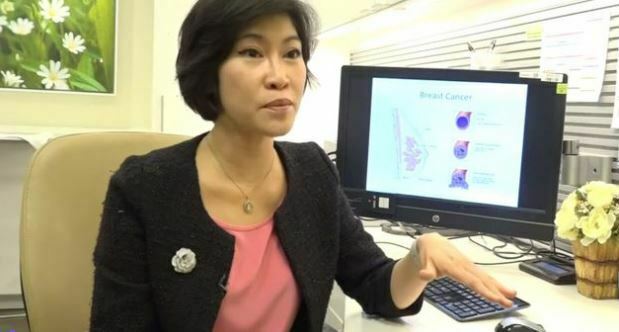 The vaccine shows a positive response in treating breast cancer in all stages. This trial vaccine is available from Mayo Clinic.

A woman from Jacksonville found out a few months before that she was diagnosed with breast cancer. The deadly illness is successfully cured by the trial vaccine. She was suffering from DCIS stage zero of the disease in March of this year.

The woman is completely well now after the treatment. She told in an interview with Fox 35 that she went crazy when she knew about her disease. People around her became crazier and shocked after realizing the truth.

Doctors at Mayo Clinic informed Lee Mercker about the two choices for her treatment. One treatment was the typical old route. The other was to opt for the newly developed vaccine. The trial vaccine is known to kill cancerous cells in the body.

Taking the vaccine was a kind of experiment that was for a 12 weeks administration period. Doctors took blood and gave the vaccine shots. There were a total of 3 shots at a time for a 2 weeks gap.

The process is responsible to boost the body’s immune system by increasing t-cells that can kill the cancerous cells. The vaccine worked well as the tumor reduced in size. Meanwhile, cancer cells got killed by the immune system.

After 7 months of the diagnosis, Lee is completely out of the breast cancer threat. She has gone through mastectomy twice to ensure she’s completely safe. Mercker said she hopes that the vaccine can prove to be a boom for other patients as well.

After the success, Dr. Keith Knutson is curious to check whether the vaccine works on healthy people. So that it can stop the cancer cells even before coming.

Fans worried about Helen Hunt as she is hospitalized after her car gets T-boned in an accident!!
IMAX launches tickets to Kanye West’s new film ‘Jesus is King’; Read further to know Where and How to get One