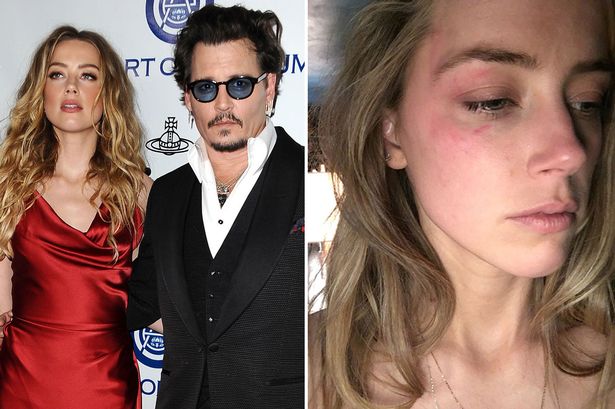 Allegations were put on Johnny Depp by his legally wedded wife, Amber Heard. The divorce battle between them has been going on for some time. It is turning ugly with each passing moment without any reaching any solution.

As per the sources, Amber has got permission to access the information involving drug and alcohol use by Depp. The judge in the couple’s ongoing lawsuit granted her motion seeking the records after hearing her plea.

A long argument took place between lawyers of both the parties regarding the matter in the Virginia courtroom. Heard had accused Johnny of being abusive during their marriage period when they both were staying together. “He would become extremely violent when he was drunk or high.” as per Amber.

With the grant of video information, she will be able to prove Johnny’s behavior towards her and the domestic violence she faced. It will also show his rehab stints, medical records, and even the right to question him during a deposition about his substance abuse.

In one of the medical bills, it will show his hospital visit. Due to an overdose of Ecstasy drug, he nearly cut his fingertip. Later dipped the bloody finger in black paint and used it to write negative messages on the walls of the couple’s home as per Amber’s version. But Johnny’s claim is it was Amber who broke the alcohol bottle, which resulted in a finger cut.

Amber’s attorney Roberta Kaplan has official announced the outcome of courtroom drama and sounded positive as finally, the judge agreed with their motion.

Attorney Adam Waldam also lashed back, “Ms. Heard and her #Timesup legal team don’t waste any time trying to prove their hoax case. Instead, they seek only to shame Mr. Depp for his public addiction problems from which he already survived the painful recovery.”

We don’t know when this case will get over or who will win, but any update is keeping everyone on toes.

Is Alex Rodriguez excited to walk the aisle with Jennifer Lopez? Looks like J.Lo is ready wearing the Top Wedding Dress already!!
Katie Holmes looks mesmerizing like a white swan to become a Center of attention among the crowd at the event “Champions for Change Gala 2019.”