Will Smith Gets Embarrassed When Asked About His Drinking By Wife Jada On Her Talk Show!!

If there is there one Hollywood couple that restores our faith in true love, it is Will and Jada Pinkett Smith. The beautiful couple has kept it going for more than 20 years. And that is no mean feat.

Also, Willow is a part of the talk show Red Table Talk with mom Jada and grandmom Adrienne. The family show tackles many topics and issues, and each generation gives its perspective. 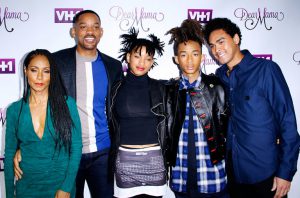 To celebrate a new season, Will Smith recently came on the show. We love a supportive husband!

But Will may have wished he stayed home when his wife Jada Pinkett Smith put him on the spot. When the topic came about alcohol consumption, Jada asked her husband straight-up about his. The 50-year-old actor tried to slide it under the carpet as private information. He joked that he respected that he’s on her show, but they still have to share a home.

The audience and his kids were in cahoots over this banter between their parents. Eventually, Will did confess that he does enjoy many a bottle while on holiday. Looking a little awkward, he joked that he didn’t want to seem like a bad father in front of his kids. Maybe he won’t be around for a next appearance on the show! 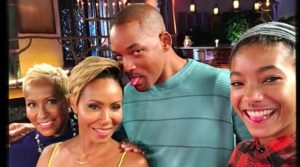 However, Will and Jada are not strangers to uncomfortable topics. In his last guest appearance on the talk show, they talked about their marriage, specifically, about the highs and lows of their two decades of partnership.

It was heartwarming to see such an admired couple be so open and real about their problems. And that was what Jada wanted – to let people know they don’t have a ‘perfect’ marriage either.