See also  NCT 127 Sets Record by Becoming the 3rd K-Pop Artist In Billboard 200 History To Chart An Album For 11 Consecutive Weeks
More
HomeEntertainmentWhy Was Timothee Chalamet Described As Single In An Recent Interview? Are...

Why Was Timothee Chalamet Described As Single In An Recent Interview? Are he and Lily Rose Depp really over this time? 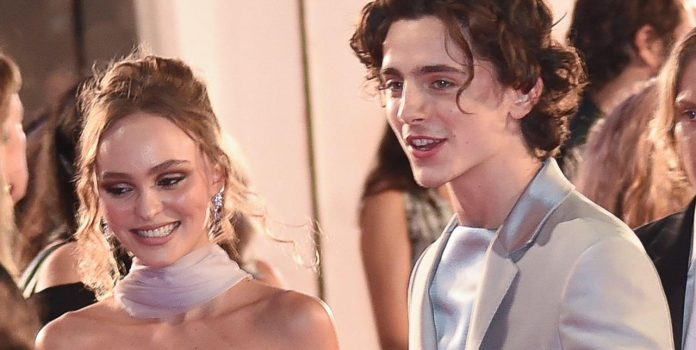 Fans were pretty much-shocked to know that Timothee Chalamet has called it quits with his co-star turned girlfriend Lily-Rose. While the reason for this sudden breakup is not clear, yet fans are curious to know what led to this split. Let us have a look.

Why Did Timothee Chalamet Suddenly Break Up With Girlfriend Lily-Rose Depp? Here’s What We Know.

The two had been dating for almost a year and now have divided to go their separate ways. This news was apparently made public after the Call Me By Your Name actor was described as a single by Vogue. While this news has been creating enough controversy, the actor has not yet addressed the whole rumor yet.

🐾 from my @grazia_fr cover shot by my boo @leilasmara !!! Merci ❤️💋💋💋 out today @chanelofficial

While fans are speculating the fact that the actor’s busy schedule and his back to back film projects might have kept the Chalamet busy enough to focus on his personal life at this point, however, with the actor recently moving to London to star alongside Dame Eileen Atkin the play 4,000 Miles, distance issues might also be one of the problems as well.

The Actor Might Be Too Busy With His Upcoming Film Projects At This Point!

The two have been igniting dating rumors first back in 2018 as there were reports of the two co-stars coming close on the sets of Netflix’s film The King. After that, they were spotted on various occasions together and even walking around New York as well.

With Vogue describing the actor has single, we are sure the actor is not dating his co-star anymore. Moreover, he was recently linked with singing sensation Selena Gomez after some of their old images and videos from a film the two were a part of back in 2018.