Why Elton John Thinks Madonna Was Ungracious And Nasty To Lady Gaga? Read Further To Know 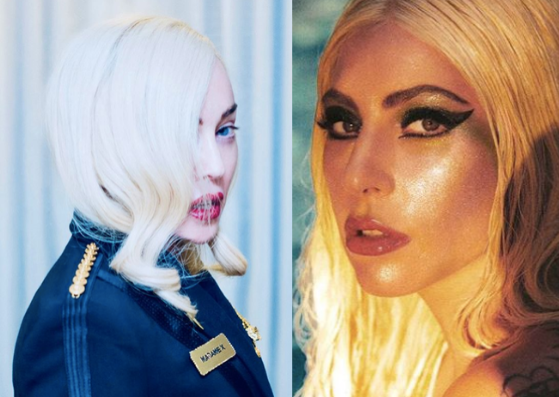 Elton John’s memoir is out now in which he opened up about many under-happenings about his and his peer’s life.

In one chapter, he also splattered about the age-old feud between two exquisite pop singers Madonna and Lady Gaga and how his favoring Gaga became the reason for the breakdown of the friendship between Madonna and him.

John, in his latest memoir, confesses about how he was unhappy about Madonna’s reaction to Lady Gaga’s single ‘Born This Way‘. Madonna said that Gaga’s song was sounding like her very own ‘Express Yourself” and didn’t expect that she wanted to steal her crown. In reaction to which Gaga said her feeling was hurt from her statement.

Not only Gaga but John also was not happy about Madonna’s attitude. He said she must feel complimented if she tags herself as a champion for women, and went on saying Madonna a ‘fairground stripper‘ in his interview, which later went on-air making their friendship sour.

What a night at #iHeartElton and what a week!! 🚀🚀 Finally releasing my autobiography and telling my story, my truth, and in my own words has been amazing. I hope you enjoy reading it. You can pick up a copy on the bio link. #EltonJohnBook 📷: @wesandalex

“I think it’s just wrong- an established artist shouldn’t kick down a younger artist at the start of a thin career.” Said, John.

He wrote in his memoir, ‘I couldn’t see why she was so ungracious and nasty about it.’

Although, the ‘Rocketman‘ singer later apologized for the matter. He said that he was off-show chatting in a friendly manner and didn’t think they will make it go on-air.

However, their quarrel became cold over time and both the stars moved on. This year, both the stars also posed together in the after-party of Oscar. But the dispute between Elton John and Madonna never settled.

Elton John’s memoir ‘Me‘ is out now.

Previous article
Kelly Ripa responds to backlash over Her Son ‘being poor’….
Next article
Selena Gomez surprises Fans with Bold New Songs!!! Going by the lyrics, it looks like the singer is Hell Bent To Move On From Her Past Relationship With Justin Bieber…