See also  Texas based granddaughter made her grandfather's day by winning World Series tickets!
More
HomeEntertainmentWhat's the future of Tom Holland and Zendaya as Spiderman is out...

What’s the future of Tom Holland and Zendaya as Spiderman is out of Marvel? 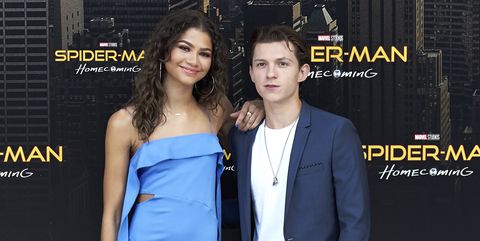 It has come as a shocker to all the Spiderman and Avengers fans that we might not be able to see Tom Holland’s Spiderman as a part of Marvel Cinematic Universe anymore. Is this the reason behind Holland and his MJ aka Zendaya not being together?

The whole ordeal behind this bad news is the dispute between Sony and Disney. Kevin Feige, who’s the head of Marvel has backed away from Spiderman. He stated that he won’t be a part of the franchise’s next movie.

According to Deadline, Feige’s exit was due to money issues. Reportedly, Disney was seeking the 50/50 co-fi stake for Marvel and Fiege’s continued support. It’s not a secret that with their involvement only, Sony had it’s biggest grossing film ever. But Sony denied meeting the terms. In retaliation, Disney took a harsh step by severing its ties from Spiderman.

Future of the franchise…

This means that neither Spiderman would be an Avenger anymore nor will we see other MCU characters popping up in the sequels if there’ll be one. But these sequels won’t be a part of Spiderman: Far From Home. Then what about our Spiderman and his MJ? The duo has yet to explore their budding romance on-screen.

Opposite to the silver screen, in real life, Holland and Zendaya are not together despite the rumor mill talking about their supposed relationship from time to time. It’s hard for anyone to miss the remarkable chemistry the two have, not just on camera but also off-camera.

They have been seen hanging out together many a time, goofing at and tagging each other on their social media handles. But despite all this, the two have denied on many occasions that they aren’t romantically involved and are just good friends. 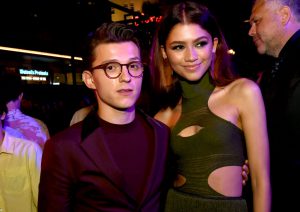 In June 2019, Holland told in an interview to Elle that he’s single and not involved romantically to anyone. His statement has made us think if the reason behind the two not being a thing is due to the dispute between Sony and MCU. Because right now, it’s hard to see their future together as part of the franchise.

Marvel not being in the scene will give a severe headache to Sony and the creators of Spiderman on how to carry on with the story. It’s hard to guess how the dispute would be settled between Sony and Marvel. Also, if we’ll be seeing Holland and Zendaya together on-screen or not. If yes, then when?