WHAT!!! Justin Bieber wants to have Babies with Hailey Baldwin “Next Season”!!!

Does the “Baby” hitmaker already have babies on his mind? On the model’s 23rd Birthday Bieber paid a gushing tribute to his wife and expressed his desire to have babies as soon as possible! 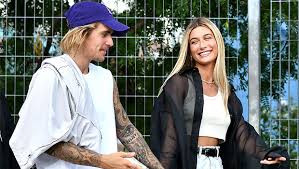 On November 22nd Justin decided to publicly wish his wife a happy birthday by posting a photograph of the couple on their wedding day with a single shot of the lady of the day in her wedding dress, looking over her shoulder.

The picture was wrapped up with a black and white filter for well deserved dramatic effects and a short but sweet caption to capture the day. He took the opportunity to appreciate her presence in his life and expressed what impact she leaves on him. He didn’t shy away from denying the fact that she “turns him on in every way”. Bieber further went ahead to end the birthday message with the hopes of having babies by next year! He wrote: “next season BABIES”. Leaving millions of fans in awe, melted to a puddle.

Happy birthday babes! You make me want to be better everyday! The way you live you life is so attractive.. ps you turn me on in every way 😍😍😍😍 next season BABIES

Baldwin who got introduced into the fashion industry at the age of 17 and Bieber who became a pop sensation at the age of 13 met for the first time through Baldwin’s actor father Stephen Baldwin in 2009. The couple started dating in December 2015 and legally got married in a courthouse during a very hushed ceremony in September 2018, followed by a second ceremony in September 2019 where they went all out, giving the fans what they were longing for a year.

With the latest caption of the teen-sensation, could it possibly be a not so subtle hint about possible good news the next year? There’s no way to find that out yet, but that baby will be one hell of a good looking one.

Previous article
Safaree Samuels and Erica Mena celebrate their baby with a Gala themed Baby Shower! Pics Inside!
Next article
Singer Tinashe drops sultry new song ‘So Much Better’ with G Eazy; Watch the video inside!