WHAT!!! Justin Bieber announces to have a Baby with Hailey after his Upcoming Tour!!! 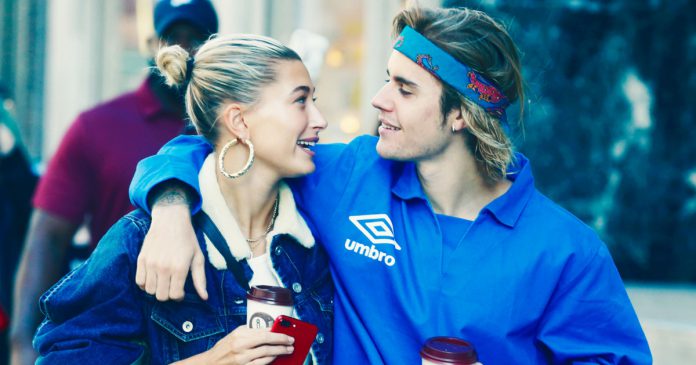 Justin Bieber has left his fans in bewilderment as he comes up with a piece of astonishing news.

Hailey, his wife, was sitting next to him in a vehicle while he was doing the live stream. Biber made a promise to his wife that the couple will be going to travel around the world after his tour and then in the meanwhile, they have a baby.

Hailey intervened and appeared to say potentially or eventually and further added that it may take a couple of years. When the Yummy singer asked the model what their next step would be and she suggested that they quit. To which Justin replied that he is not in any mood to quit. Hailey seemed to be in a jolly mood with his hubby Justin and replied that she was kidding in regards to him moving on from his career.  She never meant him to quit his career.

Love from the BIEBERS

Justin released dates for his upcoming tour which has not been titled yet. The tour begins on the 14th of May, 2020, in Seattle, Washington and ends on the 26th of September, 2020 in East Rutherford in New Jersey. Justin is not only planning a tour but also is set to release his new album that will be dropped on the Youtube platform on the 27th of January. He had previously talked about the topic of having children. In 2019 he posted a video that featured himself and his father and captioned it as this is something he is looking forward to.

Previous article
Latest details on Central Park coming to Apple TV +
Next article
SURPRISE!!!! Robert Downey Jr. to return as “Iron Man” to MCU? The Actor Teases about his Comeback in an Interview!!!