“We’re Better Together”: It Seems Like Joanna and Chip Gaines Are Doing Some Different For A Cause Of Kindness! 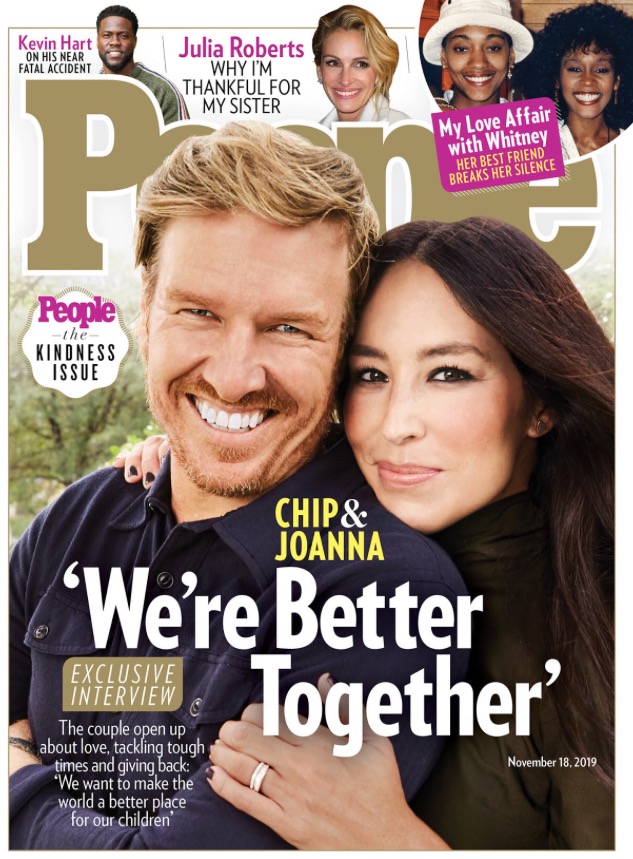 In a world full of emotional crisis and moral degeneration, it seems like kind people like Joanna and Chip Gaines are spreading joy and kindness with their works.

Doing Something Different For A Cause!

The former Fixer Upper stars are all about welcoming love and joy into their life. They have been grateful for what life has given them until now. They also welcomed their fifth child in June 2018. The couple has also built quite a thriving lifestyle for themselves. Although even after a fulfilling life the couple could feel a sense of heaviness looming large for the past couple of months.

Apparently the couple is deeply disturbed by the ongoing issues of climatic degeneration, mass shootings and of course the tense political divide. They thought of doing something that would bring about a change in this present scenario of gloominess. That’s when they came up with the idea of Kindness Flyers.

These flyers aim at being involved in small acts of kindness such as volunteering in a charity or saying thanks to a veteran for their service. According to Chip, although the act is quite small but, he is sure that it will bring about a considerable change for people around. He further said that this got quite personal for him.

Inspired by this people are talking about how any small act of kindness is changing them as well as the people around. Celebrities like Julia Roberts and Tiffany Haddish has also encouraged the cause. This initiative taken by the power couple seems to be gaining a lot of attention and people are actually taking a step forward and contributing towards this kind initiative. Joanna has stated that we all need to resonate with people through this cause. This cause is indeed quite appreciable and noteworthy.

Previous article
Kylie and Travis are still together, but not as a ‘couple’ ,they are together as co-parent for their daughter!
Next article
Modern Living with Kathy Ireland®: A New Revolutionary Gummy Vitamin Is Available With Benefits Of Apple Cider.