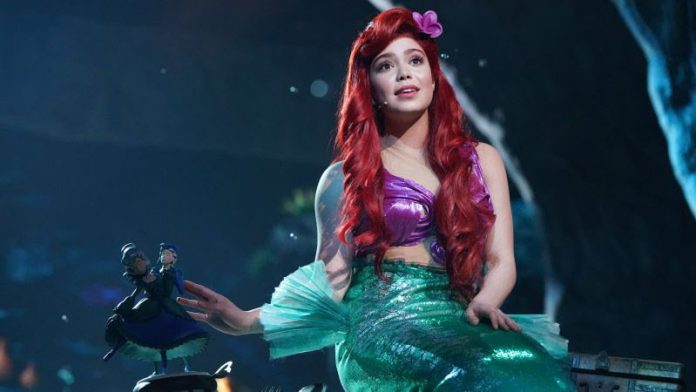 The Little Mermaid turned 30th this year. So to celebrate the anniversary ABC’S telecast  The Little Mermaid Live! took place. The Disney movie is fondly remembered by its viewers. Thus they went to the show with a critical mind. 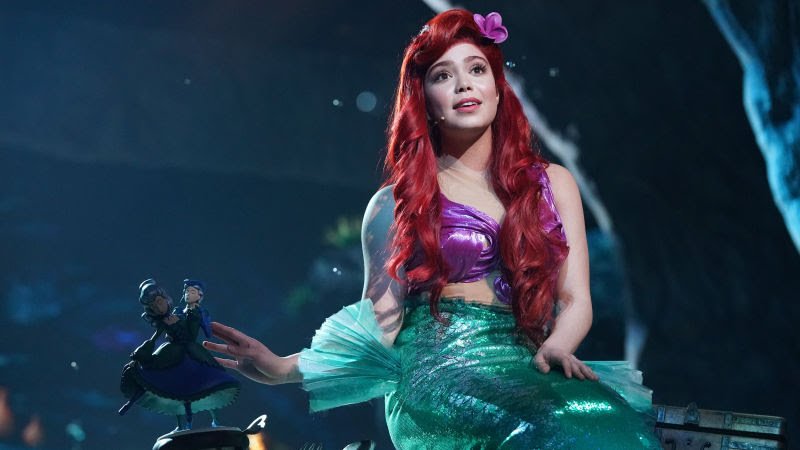 The live show was mostly entertaining though lacking in some sense.  Since the two-hour show alternated between showing the animated classic and the modern live rendition audience was confused to be irritated or go with the flow. Reportedly, this was inspired by the recent Hollywood Bowl concert presentations of The Little Mermaid.

The cast that made it remarkable:

Jodi Benson introduced the show and handed the reigns to the present Ariel i.e. Carvalho. The younger actress voiced Moana for Disney in 2016. Ursala was perfectly portrayed by Queen Latifah while Phillips played Prince Eric.

The actors were chosen carefully. They were well acquainted with dancing and singing. Though the actors’ nervousness was reflected in some moments of the play that they did not wish to undermine otherwise it went smoothly.

The musical that had it all!

“Fathoms Below” commences the hybrid musical. The song shows the flexible smooth movements of all the actors. Also, this helps to bring the audience flawlessly into the mood of the Disney anime.

Glee’s Amber Riley performed “Daughters of Triton” which obviously mesmerized the viewers. Not only were the vocals commendable but this illustrated the hard work that went into dressing up all the characters.

Certainly, Ursula’s “Poor Unfortunate Souls” was the highlight. The befitting dress and makeup combined with the striking performance made it magnificent. 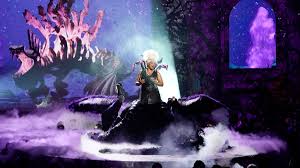 Earlier, Stamos played the same character in 2016 Hollywood Bowl concert. In fact, the concert led to the idea of this Live Play. His performance in “Les Poissons” was energetic as the dark humoured song demanded.

Sebastian performed two songs “Under the Sea” and “Kiss the Girl”. Though the former song is much in element than the latter.

The stage more than the characters?

Though the puppets replaced the live characters to increase the visual appeal. It made the Live show seem a bit childish.

The dress department did marvellous work for the main leads. Ariel’s sisters are portrayed as showgirls whose dresses are commendable. However, till coming up to the side characters it felt that they just threw what they got at them. Evidently, Sebastian, the crab who advised Ariel is seen as shabbily dressed, his costume bland in face of the other characters’.

Since the drama onstage requires glam and frantic energy the performance of the stars is sidelined at times. Still, we could see it as a refreshing take on the classic anime.

All in all, it was a performance that was worthy of applause. But it was suitable as a one time show. The place that The Little Mermaid of 1989 holds could never be replaced by any new version. It was iconic and would remain so.

Previous article
Playing Con-Man came as surprise to Ian McKellen and looks like Helen Mirren real life con man Encounter came handy for her role too!
Next article
“It felt like a ton of therapy to me” said Timothe Chalamet after meeting Emma Watson!!