Unbelievable but True: The night a woman discovered her Father was raping her Daughter!! 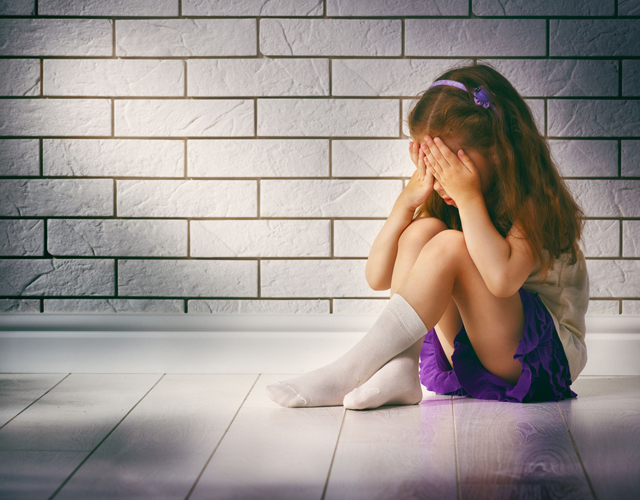 Child molestation is a very serious issue. That doesn’t mean molestation is okay in the case of adults. The term “molestation” in itself is very wrong. But to imagine a child of such tender age goes through these horrific events, it is heartbreaking. Earlier people didn’t like to speak up on these sensitive topics. But now they do. Not all, but many are coming up to tell their stories. And this is one such story shared by a woman. She didn’t use her real name and chose a fictitious name instead, Ingela Adams.

Ingela began the story by saying that her eldest daughter Sarah spoke in her sleep on June 6, 2012. And that one incident changed their lives forever. Sarah was just home after spending a month at her grandparents’ cabin. She loved her grandmother a lot and hence Ingela let her stay alone there. But during the night, Sarah has sweat on her brow and was fussing around in her sleep. When her mother tried to cool her down by pulling off her pants, Sarah began to struggle and didn’t let her. She even started crying that she wanted to go home.

Ingela tried to tell her that she was home and felt Sarah was having a nightmare. Being a mother, she felt something was going on. She texted her friend Esther and told her about the incident. Esther told her that she didn’t think it was a dream and that something actually happened with Sarah. Ingela then called her mom and dad and told them about it. She also said it seemed someone molested Sarah and she needed to talk to a psychologist. Ingela also said Sarah couldn’t go to the cabin next week.

Ingela’s parents acted very suspiciously and told Ingela not to take Sarah to any psychologist as an innocent person could get framed. They didn’t seem to worry about Sarah. Ingela’s father hinted it could be Tommy, her ex-husband, and Sarah’s stepfather. She was confused about the entire situation. She called up Tommy and the matter worried him too. He said Sarah was like his own daughter and if something were to happen to her, he would like to be the father. His voice was so sincere that Ingela immediately agreed.

However, Ingela’s father again said her decision was wrong and he suggested to make Sarah wear clean panties before going to bed. Ingela had a doubt as to why her father didn’t want to join her in finding the rapist. But finally, the truth was out and Ingela reported her father to the police for raping her daughter. Sarah broke down while talking to her mother. She said her grandfather put it in between her legs and one could ever clean those germs.

Sarah couldn’t utter a word in front of the police because her grandfather threatened her that grandmother would die if she told anyone about it. Inegla’s father said, “I think the kids out to appreciate the frailty of life and appreciate their loved ones while they’re around. We don’t really have time for silly games, do we?” Years later Ingela’s father was still a free man and her relatives thought she was crazy for blaming him.

Sarah later decided she missed her grandparents and Ingela took her children to visit them four years later. It was just for a few hours and Ingela didn’t let her children out of her line of sight even for once. But Ingela was a mother and she hated every second of it.