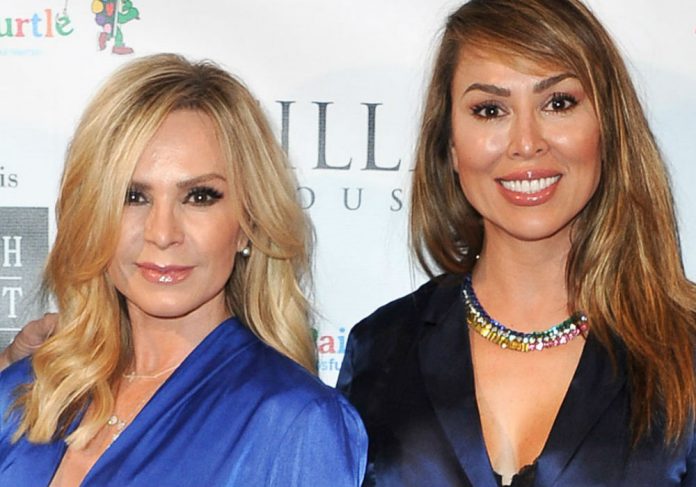 A twitter battle between the entrepreneur, Tamra Judge, and the TV star, Kelly Dodd, has ensued.

Spent our last night at the iconic @delmonicosnyc with @ninedaves #amazingsteakhouse with so much history. Bye NYC see you next month #RHOC #getsmartaboutafib

The catfight between the two has resulted in a heated debate

On the occasion of the Real Housewives of Orange County’s first episode (RHOC), the show saw a dispute between the two Bravo stars, Kelly Dodd and Tamra Judge. At the reunion, the two were arguing bout their respective businesses and this brought Kelly to a heated argument regarding Judge’s business as she put her gym on Groupon just for the business. The show might be over, but these two stars have been feuding over social media and it has reached the point where legal action is being threatened.

Had a great time @BravoCon and I love my outfit @ramybrook

The e-commerce company took this to the twitter and shaded Tamra when the latter claimed that she never used Groupon’s tag to promote her business. Groupon’s twitter account for the company shared a screenshot for an old ad promoting Tamra’s company. This brought Kelly into action and soon a war of words kicked off on Twitter. The Cut Fitness gym owner, Tamra Judge, warned Kelly to keep her mouth shut as this would take her to the court where she might get sued.

As per Judge, it was seven years ago when she started her gym and she wanted to get people into her business and Groupon might have been a part of that. To this, Kelly came back with her witty comment as Judge seemed to have denied the matter of the fact that She never joined hands with Groupon. This further resulted in another heated reply from Judge’s hand as she said that their company doesn’t promote Groupon now. It was an old Ad. She threatened Kelly to stop keeping an eye on her business otherwise she will find herself in a lawsuit.