Tom Pelphrey Did A Splendid Job In Ozark Season 3! Check Out What Made the Series Memorable for Him. 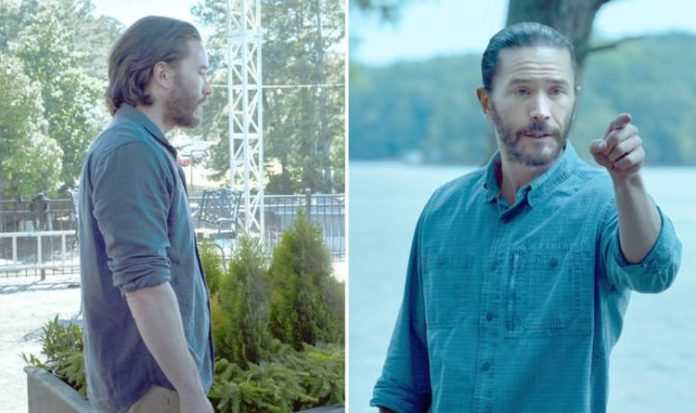 Ozark is American crime drama series, the series made a deep impression on the bingers for its really dramatic events. well, small briefing about the series. The first installment of the series made on-air in July 2017., with the second season in 2018 and the latest one, the third installment on 27th March 2020.

What is the Series About?

The series involves families, Mexican drug cartels and the thrill which sustain you’re enthused throughout the show, the cast is the major stone the successful foundation of the show. Talking of one, Tom Pelphrey who plays Ben Davis brother of Wendy Byrde. Well, technically he is not Byrde, not a langmore and not a snell but still holds the essential screen in this Family political crime drama.

Tom joined the show in the third instalment as a surprise and suspense element. Well, the character has not appeared overnight and has been referred several times in past, for eg: in last season when Marty and Wendy compare Jonah with him. He enters the show with the opening scene as a substitute teacher, who just thrill the class by exploding on them and throw their cells in the woodchopper.

Well, the character is later diagnosed with bipolar disorder, and that he wasn’t on proper medication. The character visit Byrdes were we see him developing a relationship with Ruth Langmore, soon he learns about the criminal activities of the family and eventually puts his life in danger by telling Helen Pierce, daughter of the Byrdes lawyer about the involvement of her mother in the Drug cartel. Which land him in dangerous satiation.

Talking about the role, it was a dream come true role for Tom as he is a big fan of the series and was really thrilled to audition for such an important role.