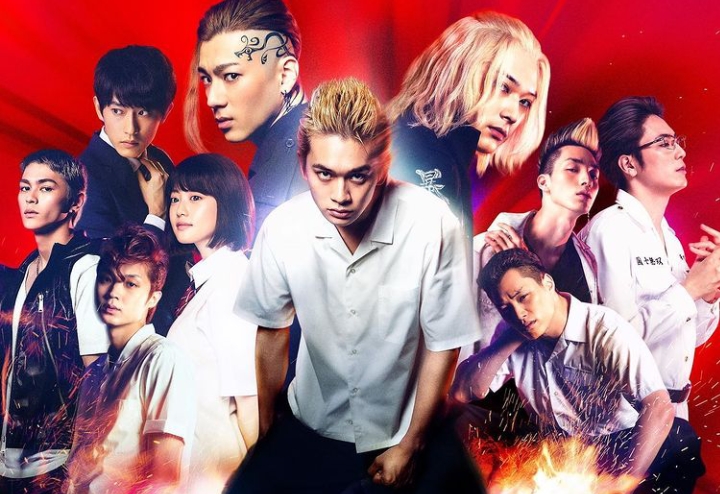 Tokyo Revengers have become a top- grossing movie even after 12 weeks. Even‘ My Hero Academia: World Heroes’ bowed down to the action film. Japan has witnessed more of Tokyo Revengers in the past few days.

And they also have the biggest competition, but never failed to entertain the fans. The movie also gave a tough competition to the Hollywood. Godzilla vs. Kong and Black Widow did not come in as a threat. But there is more to the film regarding its box office collection. As this movie is highly grossed it also earned a lot back.

Tokyo Revengers holds on the top position and for that they earned more than the expectation. The movie has earned a whooping  4.38 billion yen (39.42 million USD). It even surpassed Rurouni Kenshin: The Final, which earned an impressive  4.32 billion yen (38.88 million USD).

Amid all these highly anticipated films, Tokyo Revengers stood strong and bold. Also ‘Free! The Final Stroke’ maintained its place in the third position in its second week.

However, ‘Princess Principal Crown Handler’ did not reach the top ten position. Because of its release in only 46 theatres.

See also  Behold, Gamers! Hearthstone's Duels Mode is Out and it's an Arena-style deckbuilder

Will There Be A Sequel?

Tokyo Revengers has attracted many fans for its action filled film. And fans are celebrating its success in Japan. Making it the highest grossed action film in Japan.

It has outperformed many hit movie which had expected a blockbuster hit. But the expectations went in vain after this live-action film gave everything it had. The film has paved its way into Weekly Shonen Jump magazine.

But now after all this success and box office collection, the question arises, Will there be a sequel?. Surprisingly, producer Shota Okada has left the decision to the fans. In an interview she said that the sequel will come in only after the fans reaction to the film. And expected support from the fans for the film.

See also  Gabby Sidibe chooses a red off shoulder dress for the Antebellum premiere to show off her curves! And she looks STUNNING!

Also read: Big Sky : With the Premiere itself Season 2 got Viewers on the Edge of their Seat! Details Below