Tim Burton’s vision of Batman and Gotham was a work of genius! Critics and Fans opposition never stopped him from reaching his dreams and fans followed!

Batman is one of the famous superheroes to ever exist. And his iconic stoic character has been adapted multiple times on the screen and in various renditions. While most fans agree that Christopher Nolan’s Batman trilogy is the best version out there, a strong case can be made for Tim Burton’s Batman. 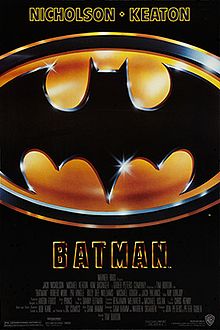 Despite huge initial opposition from fans and critics about Tim Burton directing the series, especially right after two comedies Beetlejuice and Pee-wee’s Big Adventure. Fans became more enraged when it was released that playing the titular role of the masked crusader, one of the darkest comic book characters was Michael Keaton, who was known for his comedic roles. But the final result, the movie, ended up creating one of the most classic renditions of Batman / Bruce Wayne and Gotham in history. 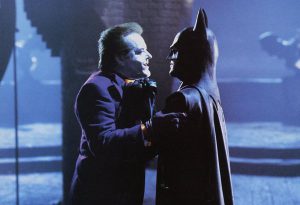 The classic has a cult following of thousands if not millions. In fact, Nolan included many scenes in the trilogy as a nod to the classic. Tim Burton’s Batman stood out more, as darker, more grimy and real. Burton made Batman more palpable and grounded, having him chase petty criminals instead of mob bosses and leaders. Batman was not a stark opposite to all that he fought, he was fighting in it all. He was sinister and part of the dark veil that covered Gotham in evil. 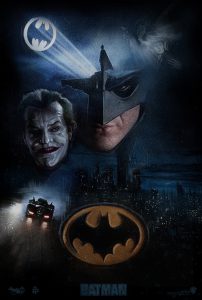 Danny Elfman’s iconic score helped Burton is creating the ghastly aura around Batman. He was also one of the monsters. As part of the city’s fabric, he was omnipresent and his presence lingered all around Gotham. Gotham under Burton’s direction was grimy, dark, isolated, gloomy, and almost always covered in a mist of unknown fears and death. 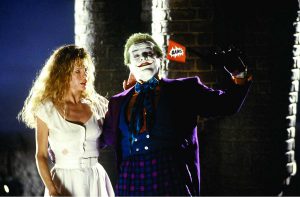 Tim Burton masterfully managed to let Batman be the central figure and not lose him behind his strongest villains like Joker and others. The negative characters seem however to exist because of Batman’s presence, again grounding the vigilante stature of Wayne. Everyone has a sense of helplessness and powerlessness, including the Joker and Batman. There seems to be madness in the city’s air and everyone breathing it in displays the symptoms. Yet, centralizing Batman, everyone including the police seems lost. 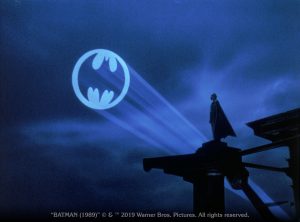 The most iconic aspect of the movie that is most unique that Burton’s Batman ends with the authorities explaining that Batman is an ally and killed Joker for the greater good. But what Burton masterfully ends up doing is put both Joker and Batman up in front of the audience and asks them to evaluate, not who is more powerful or deadly, but who is better given their own twisted backgrounds and decisions. It is a work of genius. Does Batman still remain a vigilante after blowing up a factory full of people and throwing people off the buildings? Is Batman really the savior of Gotham? And these thoughts and ideas are important and critical, for Nolan’s trilogy ends up exploring them later on. So Burton’s contributions also lie in sowing the seeds for the series’ future.