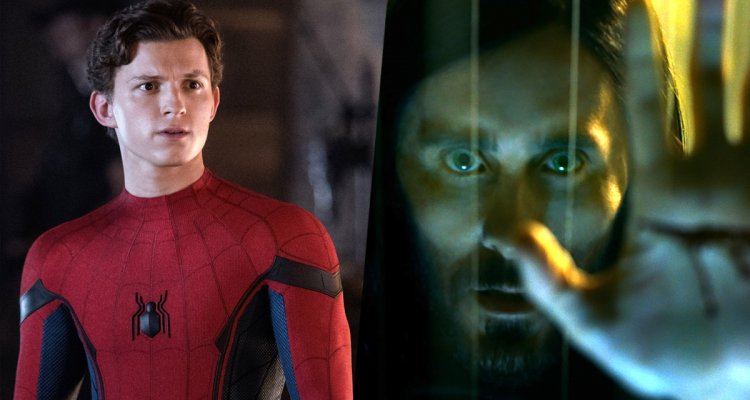 The upcoming Tom Holland starrer third Spiderman Movie is already making quite a buzz amongst fans, after Mysterio’s big revelation, Peter Parker is in grave danger and much find a way out of this new challenge.

“The universe is only one of an infinite number.” Poster concept for Spider-Man 3, I’m not sure if it’ll be titled “Homesick”, but that’s what I’ve heard so far. Tried my best to add some big faces in it. 😄🤟🏻 . . . . . . #spiderverse #marvel #mcu #posterart #posterdesign #endgame #spiderman #avengers #itsv #multiverse #spiderman3 #doctorstrange #marvelart #tonystark #tomholland #digitalart

Another Marvel Superhero Will Be Appearing In The Third Spiderman Movie!

While fans were speculating about some surprise cameos in the movie including that of the two Spidermen including Toby Maguire and Andrew Garfield, it seems like another superhero’s name has come up recently. Moreover, even actor Jamie Foxx teased the possibility of his return as Eletro.

Spider-Man 3 adds Doctor Strange as the movie gets even weirder https://t.co/GvA88eXVaK pic.twitter.com/zJHRdw77mi

As per reports, Benedict Cumberbatch will appear in the third Spiderman movie like Doctor Strange. The two have met and shared screen space back in the last two Avenger movies, now they will be joining hands once again. With Doctor Strange returning with a sequel movie, we are sure the dots will be connected making way for his appearance in the Spiderman movie.

Doctor Strange Will Once Again Join Hands With Spiderman In The Upcoming Film.

With Iron Man’s tragic death, Peter Parker lost his mentor who was also a father figure for him. Now, reports reveal that Doctor Strange is going to be Peter Parker’s mentor from now on.While Marvel has made no such confirmation about this speculation yet, we are sure that the wizardry might help our webbed wonder after his true identity is out in the open.

Things aren't always as they seem with Mysterio.

With  a new antagonist coming in the next movie, Peter Parker might need some help from Doctor Strange. There were rumours of Venom also making an appearance in the next Spiderman movie, there has been no official announcement about this as well. We need to wait till the third movie releases.

Sister Act 3: It might actually be happening! Here is what Whoopi Goldberg had to say about it!
Last Man Standing season 9: When is the latest renewal date? Check out all latest updates including plot, cast and more.