“This Is Us” season 4 had another twist (Spoilers inside) !! Was Marc a set-back in Kate’s Weight loss Journey? Checkout for details!! 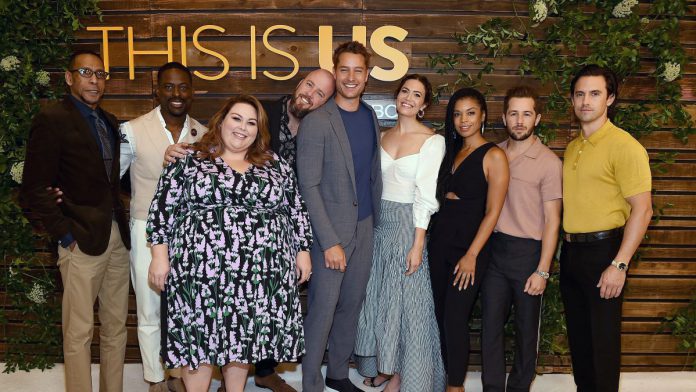 Kate ( Chrissy Metz) found the long lost photo while she was looking for something. And look whom she found “Marc.” Through the pic, a part of her past got revealed. Marc (Austin Abrams) was her the boyfriend she had shortly after Jack’s ( Milo Ventimiglia) death.

The show doesn’t openly convey the type of relationship she had with Marc, but it can be one of the reasons behind her weight gain theory. It may not be the ideal connection for her.

The show gives glimpses of flashbacks on how Kate met Marc while looking for jobs. And later, Marc stalked her and how she accepted him in her life. The reason can be because her brothers had girlfriends, and she was alone.

In the present time in This Is Us, Kate and Rebecca (Mandy Moore) cherish the time they spent together after Jack’s death.

As per Pearson matriarch, she admitted that Kate was trying to convince herself that everything in the family was excellent during troubled times. Kate then proceeded to apologize for not noticing “it.” While the episode never clarified what she was talking about, Kate appeased her mom, replying that she didn’t see “it” as well.

But with all this drama, it is indicated that maybe Marc was not a good boyfriend. He may have brought a lot of trouble in Kate’s life. His sudden appearance in Kate’s life can create an alarming situation. No wonder other family members were concerned about Kate.

Before the meeting Marc, Kate was losing a lot of weight, as shown in flashbacks. One bad relationship may have thrown Kate off her weight-loss journey. Or maybe she doesn’t want unnecessary attention from any other men.

Whatever the theory is, time will tell the truth. This Is Us show brings a lot of twists and interweaved stories to make it more interesting for the fans.

Previous article
Feud Among Co Stars in Popular Sitcom Will And Grace! Megan Mullally will be missing the show??
Next article
After Split, Why Miley and Cody Still Talking about Liam? Liam Hemsworth is a big part of Miley’s life but are they still associated?