This Christmas Season Netflix rom-com ‘Let It Snow’ is ready to give you all the romantic feels!!! 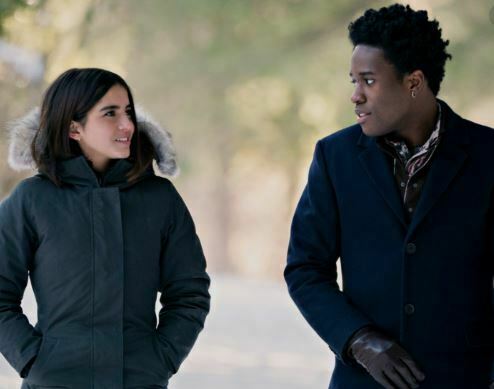 Netflix’s rom-com movie ‘Let It Snow’ is the Hollywood version of Love.

‘Let It Snow’ is all about love, friendship and the spirit of Christmas. The movie is about a small town in midwest which encounters a heavy snowstorm. A bunch of high school students comes forward and help celebrate Christmas perfectly. 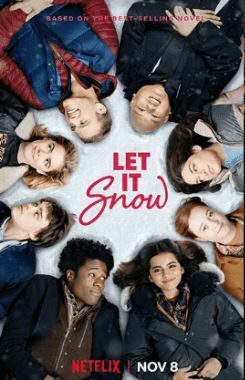 The movie premiered on Friday, 8th November 2019 on Netflix. The lead roles are played by Kiernan Shipka as Angie, Isabela Moner as Jubilee, Shameik Moore as Stuart, and Odeya Rush as Addie.

The movie is basically an adaptation of the best selling novel written by John Green, Maureen Johnson, and Lauren Myracle.

The synopsis of the film describes as ‘the high school students, in their senior year finds friendship. All thanks to pop star, a key that was stolen, a competitive dancer squad, a strange woman and the crazy party at a local place in the town. Due to all this, Christmas morning has changed completely.

After the release of the trailer, much buzz started to create among the fans. The trailer can not give all the answers to the inside movie story. However, we know that the film primarily focuses on Christmas eve.

Netflix has revealed to launch some other movies and shows as well for this holiday season. To encourage the spirit of festivity, this romantic movie will cherish all the Christmas vibes. The much-anticipated Netflix line-up has a unique tagline.

“It’s Beginning to Look a lot like Netflix.” So get ready to binge-watch this festive season. The director of the movie, Luke Snellen said that this movie will help to bring people together and encourage them to visit their home-town this Christmas.

Previous article
Even John Cena can’t resist loving BTS!!! The K-Pop Boy Band Army is stronger than ever as they have the WWE Wrestler on their side now!!
Next article
Tom Hardy’s version of “A Christmas Carol” is going to ignite Charles Dickens’ magic again!! The series is not like any other adaptations of the novel!! Know more about it here!!