See also  'The Weekend Away' is Full of Conflict, Suspense, and Unexpected Twists - Review
Menu

See also  'The Weekend Away' is Full of Conflict, Suspense, and Unexpected Twists - Review
Search

There’s A Lot To Look Out For In The Much- Awaited Second Season Of Netflix Romantic Drama, Virgin River ! 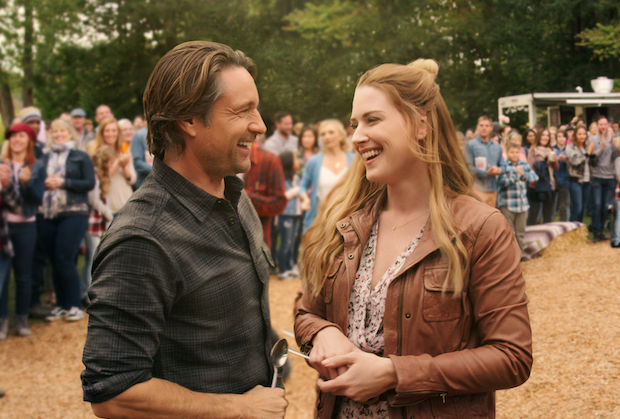 It seems like fans are way too excited as the much-awaited Netflix romantic drama Virgin River season 2 is finally going to air just after two days and there’s a lot to look ahead!

While the first season ended with not one but a few big cliffhangers and Mel almost packing her backs and leaving the town behind, that is not quite happening and it is going to be all intense with the shocking pregnancy of Charmaine Roberts. With this unexpected news, several lives are going turn upside down. Here’s the official trailer of the second season and it sure is looking interesting and we cannot wait anymore! What will be Jack’s decision amidst the love triangle?

With this shocking pregnancy onboard, the whole Mel- Jack romance has rather hit a huge rock bottom and we wonder how Mel will tackle this unexpected news given her situation. Moreover, showrunner Sue Tenney has already hinted at some major complications coming at Mel’s way given this new love triangle. Here are a few pictures right from the upcoming new season on board!

ICYMI: Here's a look at season 2 of #VirginRiver, coming this FRIDAY 👀👀 pic.twitter.com/uAd8yRJgSE

What’s Next For Mel And Jack After The Shocking Complication?

Series showrunner Sue Tenney has also further revealed that we are also going to see more of Jack, Brady, and Preacher’s back story and how they are still struggling with the new life. So, the backstory is going to be interesting.

Only 6 days until #VirginRiver season 2 premieres on Netflix

For now we have to eagerly wait for November 27, that’s when the newest episodes will be streaming on Netflix. The series will be returning with all the emotions of love , life and more with some new faces on board this time!