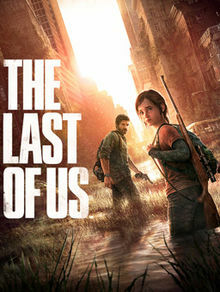 While several streaming platforms are adapting some popular video games of all times, it seems like HBO Max has a big announcement for fans and indeed is exciting news!

Popular Video Game The Last Of Us Is All Set To Be Adapted Into A Series Under HBO Banner!

While fans are well aware of the fact that the popular video game The Last Of Us into a series for the newly launched streaming platform HBO Max, there has been some brand new development in the making of this much-awaited series.

The video game comes along with a heartfelt and poignant story of survival and received an overwhelming response from gamers. The success led to the adaptation of it into a series under the HBO banner! Here’s the official announcement made by HBO on their social media page.

Do We Have A Release Date For The Upcoming Series?

Fans will be delighted to know that game creator Neil Druckmann and Game of Thrones exec producer Carolyn Strauss will be looking into the series. Francesca Orsi, who is the EVP of HBO Programming he already issues an official statement while welcoming the two onboard with the project while defining them as visionaries in a league of their own. Here’s what Neil Druckmann recently shared on his Twitter account.

So… any ideas out there for casting? Haven't heard anything. 😉 https://t.co/WXS83sVs9I pic.twitter.com/E5FQg6SX1v

We are yet to unravel the release date, however, we are sure that the series is not releasing anytime soon considering the creating enormity of the project. While the video game sequel has already been released, nothing has been revealed about whether the series is also going to have a second season or not. HBO has not yet unveiled any casting details as well!

A New Predator Movie in the Works with a 10 Cloverfield Lane Director
BTS New Album is already a fan favorite and a big success worldwide.