The WWE Extreme Rules Ended On A Pretty Dramatic And Action- Packed Note With Rey Mysterio Losing An Eye! 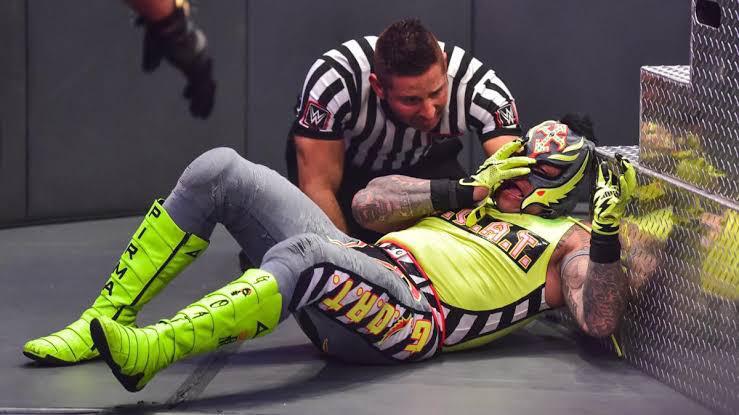 It seems like the WWE Extreme Rules became a bit too violent and the game turned out to be a bit too action packed than expected. However, the results are also finally out.

The WWE Extreme Results Are Almost Here And The Game was Pretty Action- Packed! Here’s What We Know.

The game pitted against Rey Mysterio vs. Seth Rollins, the game took an unexpected turn when one competitor pulled out the other competitor’s eye. It was pretty much expected as the official game page posted on Twitter about a horror show ahead! Have a Look.

The whole game turned out good as Rollins went on to defeat Mysterio when he used the corner of the ring steps to pull out Mysterio’s right eye out of its socket. While not much was shown and fans got to see a sneak peek of the whole chaos but we also saw Rollins a few feet away, throwing up.

Mysterio Ended Up Being Heavily Injured And Almost Lost An Eye!

Moreover, the result was pretty much expected as Mysterio was anyway working for the last several few weeks without a contract. While the drama that was build up with Mysterio being heavily bruised and losing an eye!

If you haven’t already seen the game, there are a few more lined up that might match up with the ongoing pace of the game. Moreover, with one player losing his eye,  we are pretty sure that there is more action and drama waiting for all the WWE fans. We sure would love to see the other remaining games as well. With the action building up with each game, there is more to it in the upcoming games.