More
HomeEntertainmentThe Tower of God: Crunchyroll Rolled Out a New Series Which Boasts...

The Tower of God: Crunchyroll Rolled Out a New Series Which Boasts of High Potential- Review 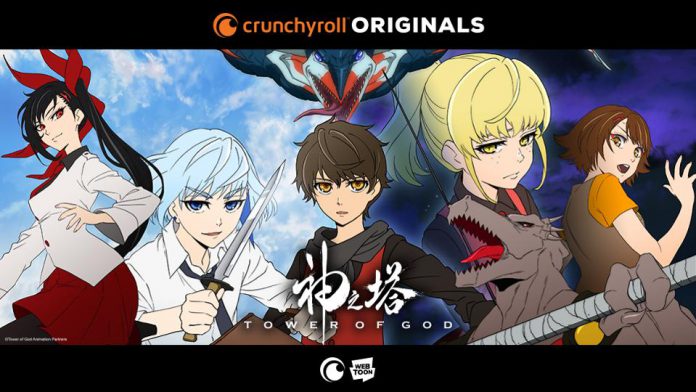 Tower of God is a South Korean animated cartoon written by Lee Jong Hui. It was published in 2010 for free on Naver and Line Webtoon. It is known that till February 2020, the anime has collected over 4.5 Billion views worldwide. It received immense love because of its hand-drawn sketches and charcoal drawings.

It has now been translated into eight distinct languages by Naver and 20 others on the official platform. Later the series received television adaptation that will release on 1st April on Naver Series and 2nd April on Japanese Television and Crunchyroll, with Crunchyroll has finally decided to step into the competition with the other streaming networks.

The storyline of ‘Tower of God’ revolves around a young boy- Twenty-Fifth Bam who has spent his entire life stuck underneath a mysterious titular tower, with Rachael his only friend. As the two enter the vast tower they get parted and Bam has to face some challenges on every floor to find his best friend. Rachael enters the tower to see the stars whereas Bam’s enters to find his closest and only acquaintance.

The television adaptation has received a rating of 4.8 out of 5 on Crunchyroll with viewers praising it. A user commented, ” Worth every second of waiting!! It’s even worth me writing this paragraph just because I want to rate this show and give support but they have a character limit.”… Another user commented, ” The animation takes me back to the Webtoon and I LOVE it. All the characters remind me so much of the characters. This anime is on track and I really can’t wait to get an update every week.”

It will be interesting to watch Bam reach the top and acquire everything, as a less known fact about the tower is that the top has everything and it can be acquired once you reach there.

Cardi B facing lawsuit for her Halloween costume of Ms. Marge Simpson

This year's Halloween costume laid her into legal action Cardi B, a noted American songwriter,...
Celebrity

Cardi B facing lawsuit for her Halloween costume of Ms. Marge Simpson

This year's Halloween costume laid her into legal action Cardi B, a noted American songwriter,...