The Rookie Showrunner Might Have Teased A Strong Possibility Of The Show Returning For Yet Another Season. Read for all details here. 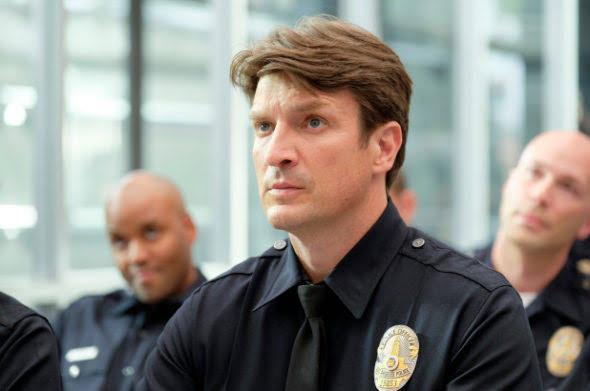 Nathan Fillion starrer The Rookie has had two successful season and now fans are looking forward to the third season! Is the third season happening anytime soon! Let us take a quick look.

Showrunner Alexi Hawley Has Some Exclusive Details The Rookie Season 3! Here’s What We Know.

Showrunner Alexi Hawley revealed that there is definitely a strong possibility of a third season and it is also added that it will be also going to dramatic as well. As the second season finale left things off with a big cliffhanger!

The comedy drama stars Nathan Fillion as a small-town guy who, finally after a long time decides to pursue his dream of being an LAPD officer. Now due to his age, he’s the oldest rookie on the force and the brass thinks he’s just having a midlife crisis and is not serious about the responsibilities that come along with the uniform.

We had a lot of fun on this episode. Ep 210 directed by Bill Roe. And our guest actors were awesome. Shout out to @anniewersching and @TheMichaelTrucco #TheRookieABC

Who All Are Going To Be In The Third Season Of The Comedy- Drama?

While the show has received a positive response from fans all over, the second season did see a few drop-in ratings. However, as the showrunner has himself teased the possibility of another new season coming our way. So fans are all excited to see more comedy and drama on our way.

The show also has other cast members including Alyssa Diaz, Richard T. Jones, Titus Makin, Mercedes Mason, Melissa O’Neil, Afton Williamson, and Eric Winter as well. These characters will be returning to reprise their respective role on the show once it gets renewed for the third season. Till then you can binge watch the other two seasons until the next one comes along with time.