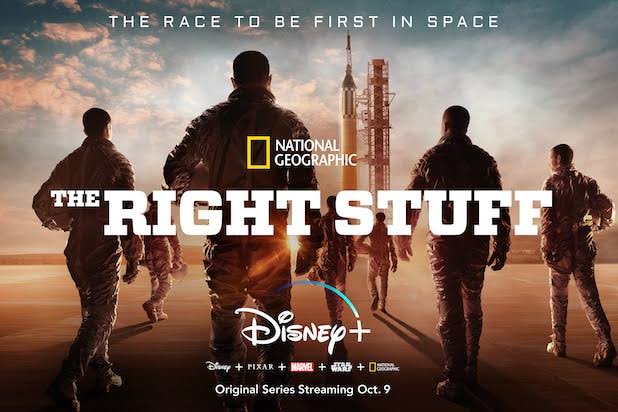 Get ready to see some iconic American heroes with The Right Stuff, coming to Disney+ this October. The series will be a biopic about the original Mercury Seven astronauts, and shows the starting days of the U.S. space program. The trailer released earlier, and it stars James Lafferty as Scott Carpenter, Colin O’Donoghue as Gordon Cooper, Patrick J. Adams as John Glenn, Michael Trotter as Gus Grisson, Aaron Staton as Wally Schirra, Jake McDorman as Alan Shepard, and Micah Stock as Deke Slayton.

So proud to be a part of The Right Stuff. Delighted we will be premiering on @disneyplus ! Thank you @natgeo thanks to everyone who worked so hard on it!! #mercury7 #therightstuff

The show will start streaming from October 9.

Teaming up with National Geographic

The series has been produced for National Geographic by Leonardo DiCaprio’s Appian Way and Warner Bros. Television. The series will be directed by Mark Lafferty, who is also going to be an executive producer with DiCaprio and Appian Way’s Jennifer Davidson. The other producers will be Will Staples, Danny Strong, Howard Korder, and Chris Long.

The Right Stuff tells the story of seven men who started off as being test pilots and servicemen and then went on to become the first-ever astronauts. Their personal lives are also going to be shown, and the hurdles they and their families faced as they carved a new path for NASA and for the future of space exploration.

#TheRightStuff #TV #series#2020 #Genre#Drama #Originalnetwork #NationalGeographic #Disney+ The Right Stuff takes a "gritty, anti-nostalgic look at what would become America's first reality show as the obsessive original Mercury Seven astronauts and their families become instant celebrities in a competition that will either kill them or make them immortal. The one-hour drama will follow the protagonists from the Mojave Desert to the edges of space, with future seasons carrying through to humankind’s greatest achievement: the moon landing. #Starring #PatrickJAdams #JakeMcDorman #ColinODonoghue #Executive #producer(s) #LeonardoDiCaprio #WillStaples#JenniferDavisson #MarkLafferty#LizzieMickery #HowardKorder

The story will be based on the non-fiction book of the same name launched in 1979, written by author and journalist Tome Wolfe. Previously, the book had become a movie adaptation (also by the same name) which was written and directed by Philip Kaufman, starring Ed Harris, Scott Glenn, Sam Shepard, Fred Ward, Dennis Quais, and Barbara Hershey. While the movie didn’t do well money wise, it still earned a lot of recognition and was nominated for eight Oscars at the 56th academy awards, winning four of them.

These are top 10 forgotten roles of Keanu Reeves which will help you remember what a brilliant actor he is!
The One and Only Ivan review: Watch it or skip it? This new movie seems promising with essential life lessons.