More
HomeEntertainmentThe Popular Crime Series 'Queen of the South' is Returning with Season...

The Popular Crime Series ‘Queen of the South’ is Returning with Season 5! 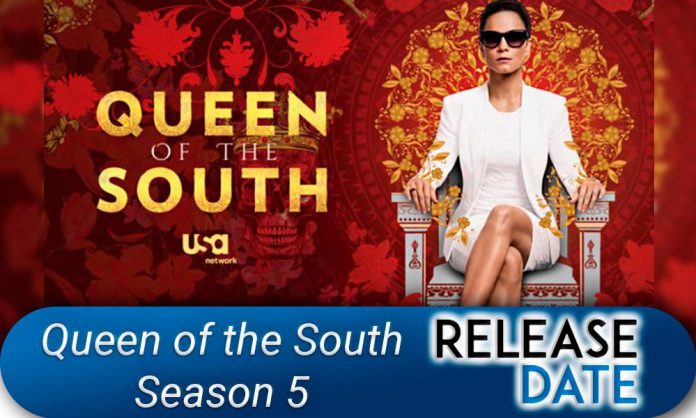 Queen of the South is an extremely popular American crime drama television series which aired aired on USA network. The show first hit the screens in June 2016, and the brilliant series is an adaption of the famous novel by a Spanish author.

The series started in 2016 and did well in audience renew it for sequential seasons. The company renewed the series for the fifth season in 2019. The production was running smoothly until corona pandemic hit the house force the closure of production, well we pray that all would be okay soon.

What is the Plot of the Series?

The series has 52 episodes till now in four seasons. The plot is set in criminal reference. It tells us story of Teresa Mendoza, who is indulged in a drug racket after her drug-dealing boyfriend gets murder in Mexico, Teresa runs away to America, where she finds some help to renter this filthy world of Drugs to avenge the death of her beloved, to avenge from the leader of the very drug cartel lord who made her life miserable. Soon she releases the power of the cartel decides to rule the dark world to become the Queen Of The South.

What is the Future of the Series?

Speaking about the upcoming season, the clouds are grey for the franchise as there is an indefinite halt on its production till the world combat with the global pandemic that is a coronavirus. The delay will definitely be seen in the release of the fifth season. But we can expect 13 episodes in the upcoming season with same running time. There is no hint about plot till now, also a trailer which was set to be released in August 2020 will be delayed.