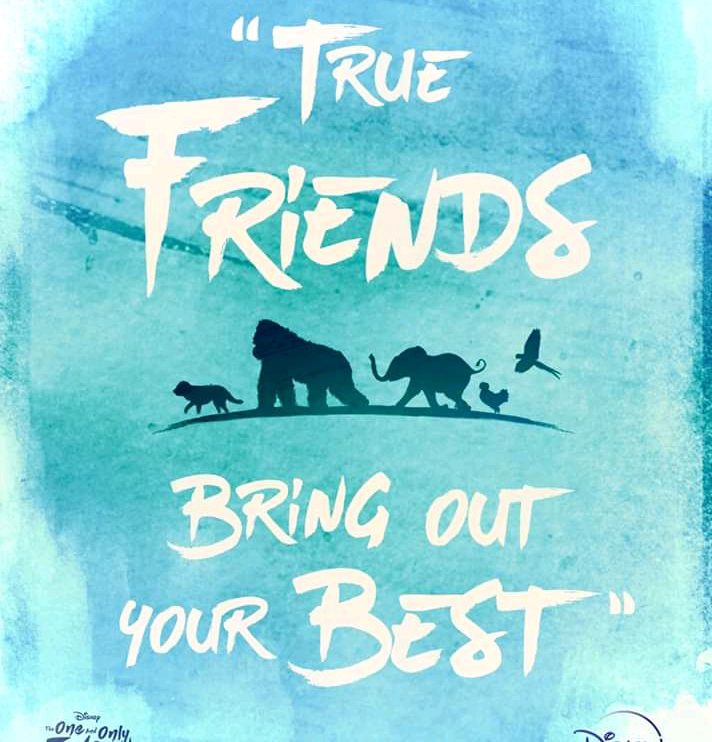 Disney+ has always come up with entertaining cartoon and animated movies. And it is more enjoyable when personification of animals is shown in that, because it kinda shows us their feelings and emotions towards each other and towards the environment.

Well, we are lucky to have one more of such movie in the list. Can you guess the name? It’s none other than ‘The One and Only Evan’. Story of the film is based on the best selling children’s novel penned by KA Applegate and it has the same name as of the movie.

The most interesting part is that the movie is based on the real life story of a silver back gorilla whose name is Ivan. He was kept at a shopping centre in Tacoma, Washington merely to attract people. And the saddest part is that he was there for a long term of twenty seven years.

Setting of the movie takes us back to the 70s because the gorilla was brought there in 1973 and that’s where the story begins. While most of the time he was kept in a cage but when not, he along with an aging elephant named Stella, entertained the visitors at the mall by his performance. And if he managed to get some free time, he used to spend it by hanging out with his best friend, Bob, who is a stray dog.

In 5 days, see your favorite stars in a whole new way. The @OneAndOnlyIvan is streaming on #DisneyPlus this Friday. #TheOneAndOnlyIvan🦍

Vocalist for Ivan is Sam Rockwell. While the elephant, Stella’s voiceover is done by the very lovely Angelina Jolie. And Danny DeVito is the one to voiceover for Danny DeVito. Other than these, an abused baby elephant, Ruby also joins at the middle of the story. Well care is taken of Ruby by Ivan and Stella. And the movie will end when Ivan helps all the animals to move safely to the zoo.

The Right Stuff series trailer is out and its coming on Disney + this October! Check for all exclusive updates.
Class Action Park: the trailer for HBO show on the most dangerous amusement park in the history of the world is out! Check it here.