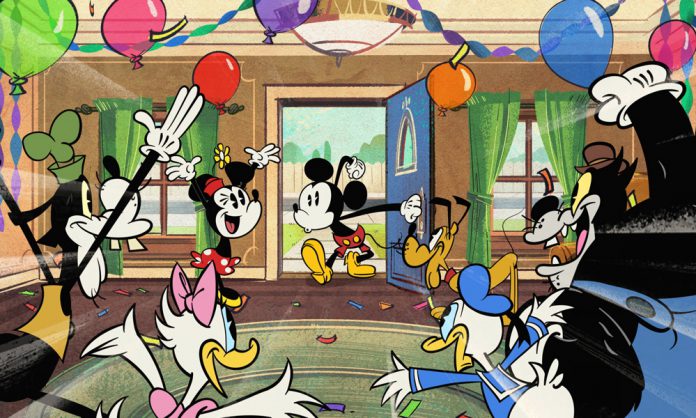 Some are iconic like his donning of a sorcerer’s hat, while others are just gaining steam among those who don’t eat, live and breathe Disney. Mickey first made it to the big screen on Nov. 18, 1928, in his first cartoon released “Steamboat Willie.” It was one of the first synchronized sound cartoons produced and was entered into the National Film Registry in 1998.

Binding generations together more than any other animated character, Mickey Mouse reminds people of laughter, optimism, and hope. Mickey Mouse became the first cartoon character to have a star on the Hollywood Walk of Fame on November 18, 1978, in honor of his 50th anniversary.

One of Walt Disney’s most famous quotes about his accomplishments is: “I only hope that we never lose sight of one thing—that it was all started by a mouse. Till date, Mickey mouse was visualized in more than 120 animated titles.

In 2009, Disney started to rebrand the character again by putting less emphasis on his friendly, well-meaning clown and reintroducing the more looming and stubborn sides of his personality, beginning with the video game. Mickey also appears in other media such as video games as well as merchandising and is an expedient character at the Disney parks.

The reason why people laugh at Mickey mouse, it’s because he is so human, and that is the secret of his popularity. He is the emblem of fun and happiness.

Mickey mouse is always there in the bloodstream of each and every 90’s kid. That really is something not everyone can call their claim to fame.