Meghan Markle and Prince Harry just plunked down for a two-hour tell-all meeting with Oprah wherein a real sense no subject was beyond reach. What’s more, amazing, a ton of data was shared.

The Sussexes opened up about ev-er-y-thing

From their choice to pull back from the regal family to Harry’s relationship with Prince William to Meghan’s dramatization with Kate Middleton to their new life in California (and their developing family!).

In one of the additional stunning disclosures from the Oprah exceptional, Harry and Megan uncovered that individuals from the Royal Family were worried about their child’s skin tone, even before he was conceived. “At the point when I was pregnant,” Markle reviewed, there were “concerns and discussions about how dim his skin would be the point at which he was conceived. Individuals were worried about how dim Archie’s skin would be.”

Harry affirmed the discussion, saying that he was the person who heard it and handed-off it back to his significant other. Both Harry and Meghan declined to uncover who offered the expression, with Markle saying, “I imagine that would be harming to them [to reveal].”

Meghan Markle says several members of the Royal Family discussed with Harry concerns over what the color of Archie’s skin color would be.

Listen to the biggest bombshell so far of this entire interview with Oprah.#MeghanMarkle pic.twitter.com/CIQP6Q61pj

These bigoted connotations proceeded even after Archie was conceived, the Duke and Duchess said. After Oprah noticed that Archie didn’t have an authority photo taken when leaving the emergency clinic, as had been the practice tracing all the way back to when Prince Charles and Princess Diana brought forth Prince William in 1982, Markle reacted: “We weren’t approached to snap a photo.” 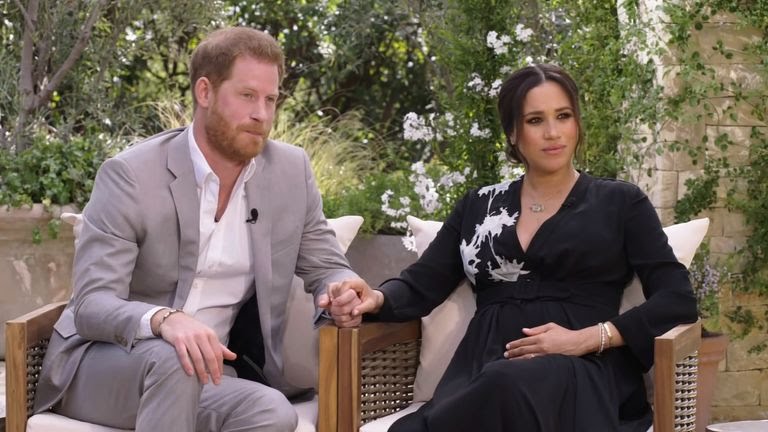 "Please explain how you, Prince Harry, raised in a palace and a life of privilege – literally, a prince – how you were trapped?" – Oprah#OprahMeghanHarry pic.twitter.com/oZ0JoySfRg