The Jonas Brothers Took Part In Some Kardashian Drama! 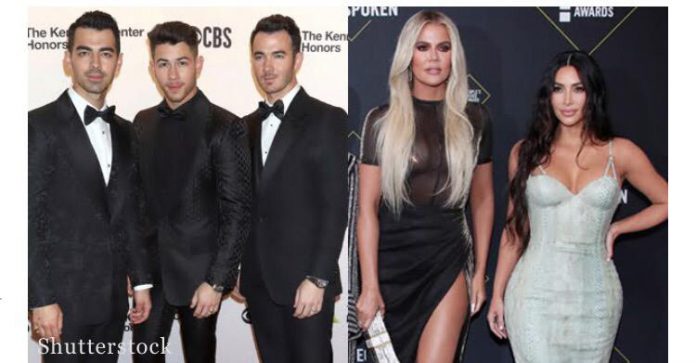 We all love the Jonas brothers! These brothers are not only extremely talented but are known for their humorous antics as well! This time Nick and Joe Jonas have enacted an epic moment that has left fans in splits! P.S: This Act Includes The Kardashian Sisters!

The Jonas Brothers Take Part In Some Kardashian Drama!

Apparently, the Jonas brothers had some fun and decided to reenact the iPod fight video between Kim Kardashian and the other Kardashian sisters. The brothers are looking hilarious while they act out the fight . Let us take a look on how the brothers executed the video.

The funny scene shows Joe, who bursts through the door and mouths to a voice-over of Kim Kardashian. The video had the lines as it was in the original footage, Dont be f–cking rude!”. He throws his fanny pack at Nick, who’s playing Khloe, as Kourtney could be heard screaming in the background, “Are you kidding me!?…STOP!” To add to the fun factor, Nick voiced these words instead.

Priyanka Chopra, was quick enough to respond and wrote,Gold! On the other hand Diplo teased, “give me that jacket.” Other fans got a kick out of the location tag which said The Grove, a shopping mall in Los Angeles, like OneRepublic frontman Ryan Tedder, who wrote, “‘THE GROVE.’ PEAK LIFE.”

The original fight scene was also quite dramatic and increased the needed TRP for the show. The video showed Kim wound up her Prada bag and let loose because she was outraged that Khloe tried to slam Rob’s apartment door in her face. Fans thoroughly enjoyed the fight scene! Now it seems like even the Jonas Brothers love some Kardashian drama! Well, we can’t thank them enough for the video!

Previous article
Black Widow Trailer Leaves Behind Some Unanswered Mysteries!
Next article
The Queen Has Finally Spoken About The Recent Announcement Made By The Duke And Duchess Of Sussex.