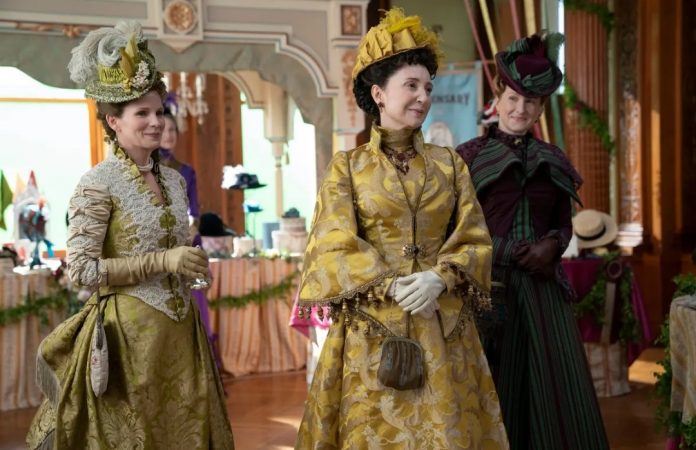 If you think you can’t get over the historical drama of HBO “The Gilded Age.” Then certainly you would be looking for the other season of it. As the first season of the HBO drama wrapped up this march. We are here with its second season announcement and this time about its cast. So, whom can you expect to be back for season 2?

Read ahead to know about the cast announcement of season 2 of HBO drama.

The Gilded Age Season 2 To Bring Back 13 Casts Again

Certainly if you’ve loved the drama of HBO The Gilded Age. You must be excited to know what’s up for a season 2. Well, as of now we already know that casts for the season 2 has been confirmed. With a shift from 12 to 24 regulars for the series now.

We know there’s going to be 13 casts getting confirmed to make a comeback in the season 2. The confirmed ones as such are Kelli O’Hara, Donna Murphy, Debra Monk, Kritsine Neilson, Taylor Richardson, Ben Ahlers, Kelley Curan, Patrick Page etc.

HBO drama season 2 to not have Thomas Cocquerel

With an announcement about who is returning and who’s not. We have now the cast member who is not making a comeback with season 2. Well, Thomas Cocquerel is the one who’s not reprising his role. Thomas however played the role of Tom Raikes in The Gilded Age.

Tom actually played a lawyer in the HBO drama who alongside was also the love interest of Marian. Well, with that, now the ratio between upper class members and the lower class members in the drama has become some what close for each other.

Meanwhile, we wait to assume the possible storyline of the second season. While no release date for season 2 has been confirmed.